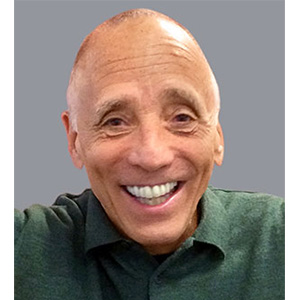 In This Episode
This episode of “The Jewelry District” pays tribute to JCK magazine’s 150th anniversary. JCK editor-in-chief Victoria Gomelsky and news director Rob Bates talk with a panel of JCK writers about fascinating discoveries they made while combing through the vast expanse of the JCK archives. The weird story won’t be from this week—but 1975 instead! Interspersed throughout the episode, you’ll hear the voices of current and past employees as they reflect on their experiences working at this historic publication.

You’ll also hear Rob and Victoria interview Bill Furman, former ad manager, who spent 46 years working at JCK. He’ll share how he got there and some amazing memories from along the way.

Show Notes
00:36 Victoria and Rob give an overview of the 150th anniversary issue.
3:10 Victoria kicks off the conversation with a few notable things she learned in her research.
8:40 Rob relates a great quote from Marty Hurwitz of MVI Marketing about his impression of JCK. He also shares the ad that former editor Peggy Jo Donahue answered when she began working at JCK.
10:20 Rob shares a weird story from 1975, “Should You Fire That Hippy?”
12:55 Hedda Schupack talks about her favorite story from working at JCK.
15:50 Victoria introduces the panel of JCK writers and tees up Melissa Bernardo’s story.
16:22 Melissa talks about the amazing covers she found when doing her research, including which eras had the oddest, ugliest, and most beautiful covers and ads.
19:55 Melissa explains how the cover of the 150th anniversary issue was created.
21:15 Emili Vesilind talks about what she discovered while researching the fashion retrospective she authored.
25:35 Ettagale Blauer shares a favorite moment from working at JCK: interviewing Lazare Kaplan.
26:22 Russell Shor talks about his history working at JCK and his journey to India for work.
27:50 Amy Elliott relates her process as she researched her piece on pearls, including what coverage JCK had on Breakfast at Tiffany’s and how it affected the popularity of pearls.
31:20 Brittany Siminitz gives a peek behind the scenes of her epilogue, where she talked to young people in the industry about what the top issues would be in 50 years.
33:45 Mark Smelzer reflects on his favorite experience at JCK.
35:55 Robert Weldon reveals the most important thing he covered while at JCK: East African gemstones.
36:09 Victoria and Rob interview Bill Furman, who worked at JCK for 46 years.

JCK Addresses: Now and Then
Victoria follows JCK from its first to its current address and discovers that it hasn’t gone far from its original address in lower Manhattan: 229 Broadway. While that building no longer exists (it was destroyed to make way for the Woolworth Building), it is still only a seven-minute walk from JCK’s current headquarters at One World Trade Center. Though the magazine’s address has changed over the years, it never strayed far from Maiden Lane, which used to be the jewelry district, where jewelers, watch repairers, and related businesses could be found.

Weird Story: Should You Fire That Hippy?
Rob summarizes an article published in 1975 with an inflammatory title and a message that may or may not match its tone. Did the article make points that are still relevant to the industry today, and how does it reflect on millennials and their attitudes?

Melissa Bernardo Covers Covers
Melissa relates the trends she noticed in JCK’s covers over the years, including which decades produced the strangest covers and her favorite decades for both covers and ads. She also provides insight on the making of the cover of the anniversary issue.

Emili Vesilind’s Love Affair With Fashion Writing
Emili read through every issue from the 1970s and ’80s to prepare for the fashion pieces she wrote for the anniversary issue. Over the years, editors came and went, and Emili fell in love with the writing of Gerry Gewirtz. She reads an example of her writing and covers the pieces she wrote for this special issue.

Amy Elliott’s Pearl Dive
Amy explains her research process for her piece on pearls, including JCK‘s coverage on Breakfast at Tiffany’s and how it affected the popularity of pearls. Though she didn’t find an article predicting the new trend, she did find coverage of the iconic movie within the archives.

Brittany Siminitz Predicts the Future
Britt interviewed young people in the industry about what the top issues would be in 50 years. Some had outlandish predictions, including news being downloaded directly into our brains. Others hope that sustainability and being green doesn’t stay an issue, but rather becomes the norm.

Interview: Bill Furman
Bill started as a teacher and taught in order to be exempt from the Vietnam draft for two years. He made his way to JCK through a headhunter who got him started selling advertising. He talks about some of the people he worked with, including Gerry Gewirtz (whose writing Emili became enamored with). He talks about the spirit of the office, which was rather liberal versus the image of the magazine itself; it was perceived as a conservative publication. Bill also talks about the exposé he worked on and the ripple effect it had. He remembers the first JCK Las Vegas show. Bill is also credited for coining the term chocolate diamonds. He tells the story behind the name.