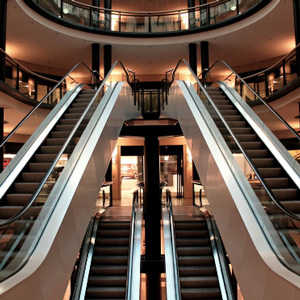 Retail sales fell 16.4% in April, the Department of Commerce said Friday, setting a new record for the largest monthly drop ever in the United States.

Retail stores across the nation are dealing with the financial fallout of mandatory closures due to the COVID-19 pandemic, and at least two major retailers—J. Crew and Neiman Marcus—have filed for bankruptcy protection. Meanwhile, mass furloughs and layoffs are diminishing the purchasing power of millions of consumers. More than 36 million Americans have filed for unemployment since Feb. 1, according to the Department of Labor.

April’s 16.4% drop in retail sales beats the previous record for biggest drop, which happened in March, a month that saw retail sales plummet 8.3%.

Total sales for April, which include online and brick-and-mortar sales and bars and restaurants, were the lowest since 2012. And the most striking declines happened in restaurants and clothing: Restaurant and bar sales were cut by half in March and April combined, and clothing stores saw a two-month decline of 89%.

But we may be nearing the bottom of the downward swoop. As states slowly reopen, economists expect retail sales to rise steadily. But it’s widely understood that full recovery will be gradual, due to the waves of unemployment wrought by the pandemic and the hesitation of viable consumers to spend on anything beyond basics in the midst of the pandemic.

“Getting back to work or shopping in a pre-virus manner is difficult to predict at this time, with households likely to tiptoe back in rather than making an immediate return to the lives they experienced before,” National Retail Federation chief economist Jack Kleinhenz said in a recent statement. “As states begin to slowly reopen and assuming the coronavirus does not come back, the economy should begin a process of gradual recovery. My overall impression is that the recovery will have fits and starts among states, regions and cities depending on the severity of the pandemic in their localities.”