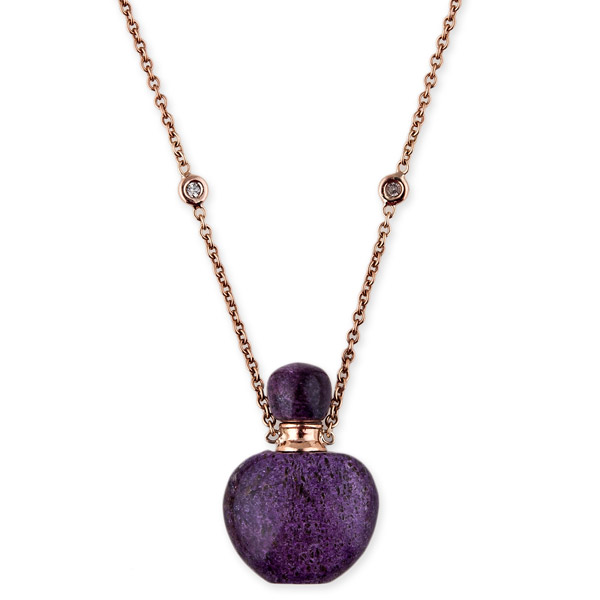 While we’re waiting for Living Coral—Pantone’s 2019 Color of the Year, a shocking shade of orangey-pink that’s as summer-ready as they come—to make its appearance on the resort-collections circuit, I’m beginning to wonder what other colors might make their mark in 2019.

We’ve experienced the Millennial Pink that just won’t die, a flurry of neutrals for winter (like nude), and the heavenly periwinkle. Actually, as I’m scrolling through a number of fashion retail sites, many different colors seem to be getting their fair play right now.

But the color I’m hedging my bets on right now is purple. Not just any purple, though—Pantone’s Ultra Violet, its 2018 Color of the Year, wasn’t really all that. This one is a deep, rich plum, which Disney is dubbing Potion Purple.

Why yes, that is me citing Disney again, as you let out an exasperated breath. But look—the Mouse has got its pulse on the Millennial market, doing everything in its power to make sure the products in its parks show up on Instagram. And it works.

“New year, new color!” the company announced on its Disney Parks Blog, introducing the latest fashion in Minnie Mouse ear headbands. What begins at the ears quickly evolves into snacks and desserts around the parks (“both tasty and Instagrammable,” the article says), T-shirts, and more. Color has become big business for Disney.

Enough to influence an entire market of jewelry shoppers? Eh, not likely. But by the power of suggestion, those who spend a day in the parks—actually, you just have to spend time on Instagram—will begin to see plenty of purple. And when you see something enough, you start to catch on that, hey, this may be a trend!

So I wouldn’t be surprised to see this particular plum shade in demand, at least in small shares, when it comes to gemstones. Darker hues of amethyst, especially (but not limited to!), would be good to have on hand. And what do ya know, it’s February’s birthstone! So regardless of your location, you definitely need a few amethyst pieces shimmering from your showcases.