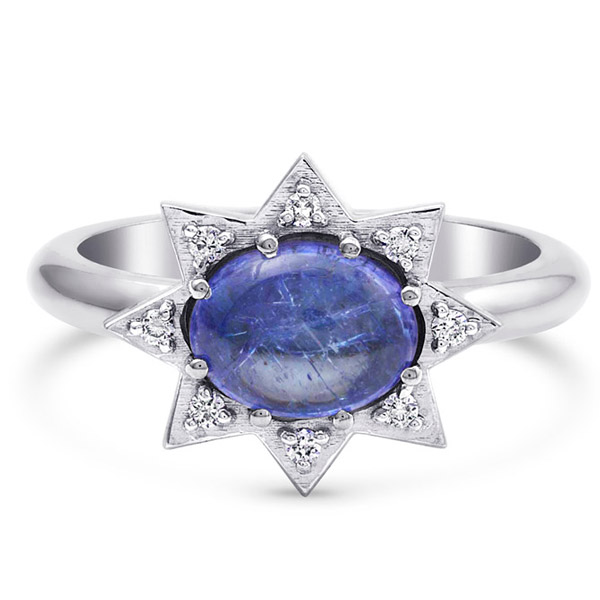 Whether the look was among your favorites of the evening, there’s no denying that Lady Gaga was an absolute scene-stealer on the Golden Globes red carpet Sunday night. Wearing a dress designed by Valentino’s Pierpaolo Piccioli, the Italian creator fresh off his London Fashion Awards Designer of the Year honor, the gown was a sweeping swirl of the most glorious, unexpected color. But perhaps what had people talking more than the gown itself—and the incredible custom Tiffany & Co. necklace around the star’s neck—was precisely what color it was.

Vogue has it described as “lavender.” The New York Times fashion account on Instagram caused a ruckus when it referred to the dress as “lunar blue” (above). There was such talk about the color that Piccioli himself weighed in (in a screenshot below that I could catch only via @diet_prada’s Stories): “It’s not just blue, it’s not turquoise, it’s not lapis. It’s actually periwinkle!” 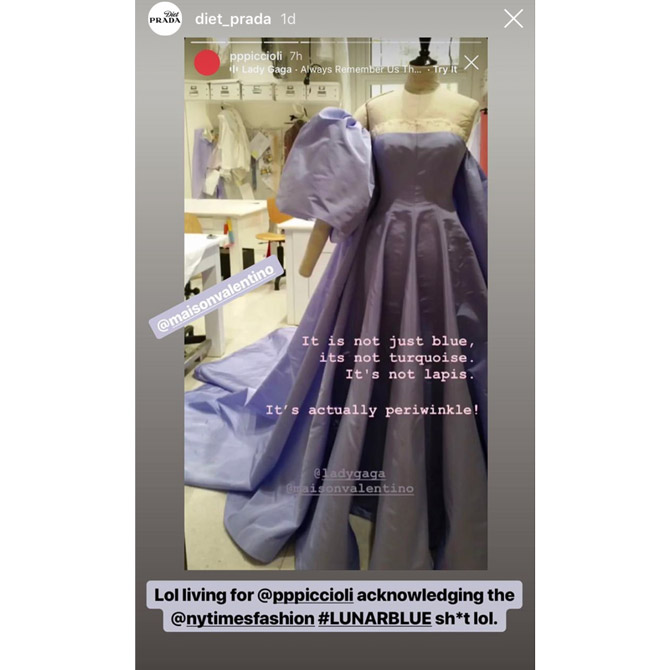 A color composed of both blue and violet, periwinkle gets its name from the periwinkle flower, which is mostly found throughout parts of Europe. You can definitely find a gemstone to match the shade perfectly, but no one gemstone type would hit the mark every time. I’m thinking some forms of chalcedony, some tanzanite, purple sapphire, maybe, spinel—there are numerous possibilities.

Since the color is getting so much talk, it’s a good time to shine a light on your current selection of the same nature—and maybe add a few new goodies to the showcase, too. Here are some of my recent favorites. You might not be able to call them a perfect match, but whatever you do, don’t call them blue!