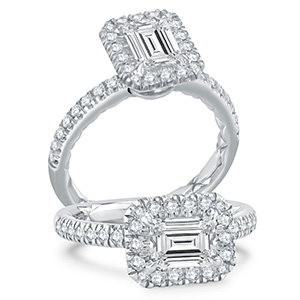 Paramount Jewels has placed the winning bid for A. Jaffe’s business and brand, according to court papers filed on July 13 in New York bankruptcy court.

Paramount Jewels plans to run the company as a separate division, with Sumay Bhansali remaining CEO, Sam Sandberg staying chairman, and the company’s employees continuing on.

Paramount Gems, a company associated with Paramount Jewels, had submitted a winning bid for the company in an auction held in early May. However, that bid was withdrawn later that month after Judge Sean Lane declined to approve it.

This new bid will also need to be okayed by the bankruptcy court on July 25, though it has been endorsed by the court-appointed Chapter 11 trustee, Richard Levin.

Trustee Levin has already sold off several items of inventory to four local companies for a total of $1.2 million, court papers show. Levin tells JCK that there are remaining items of A. Jaffe inventory still to be sold.

A statement from A. Jaffe quoted Levin saying, “These sales were the result of the dedication and hard work of the entire A. Jaffe family. I thank them for their wonderful efforts to preserve this venerable brand.”

The statement added: “The entire A. Jaffe team expresses its heartfelt gratitude to all its employees and all its retail partners that have remained with A. Jaffe during this difficult period. This spirited loyalty has made the sale possible and assured the promising future of A. Jaffe.

“Working with the Paramount Jewels team, A. Jaffe’s direction for 2018 and 2019 will focus on sustained marketing initiatives to elevate the strength of its consumer brand,” it added.