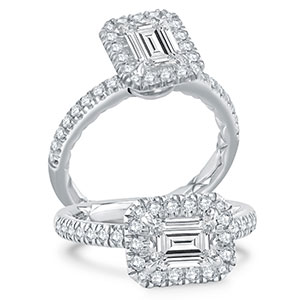 On Feb. 26, jewelry manufacturers A. Jaffe and Firestar Diamond filed for Chapter 11 bankruptcy protection in the Southern District of New York, in what seems to be fallout from the scandal involving the manufacturers’ owner Nirav Modi.

An A. Jaffe statement referred to the Modi scandal, saying that the manufacturer “want[s] to assure partners and customers that [it is] not in any way involved with any of the alleged conduct [overseas].

“In order to preserve the operations here in the United States, our legal team has advised restructuring via a Chapter 11 in order to keep the separation clear,” the statement continued. “We regret that there may be some disruption in the next 30 days due to limitations with our manufacturing facilities globally and in New York City, but we can assure you nothing will change with our brand’s core team and our values in the long term.

“A. Jaffe is 100 percent committed to all of our retail partners,” it continued. “The recent events will in no way harm the brand commercially.”

It is expected that the company, a 126-year-old, well-respected industry name, will soon find a buyer, a source tells JCK.

In a separate statement, Firestar Diamond and Fantasy Inc. also said that they hoped to be sold soon, possibly over the next week.

The statement said the companies took the step of filing Chapter 11 “to provide stability for [their] operations and in order to engage in a quick sale process. The filings are a result of acute operational challenges that the companies experienced when their supply chain was significantly disrupted.”

It added that “during the bankruptcy sale process the Companies do expect to be able to fulfill existing orders and pay vendors on a timely basis, and do business as they have always been doing.”

Both Firestar Diamond and A. Jaffe list Mihir Bhansali as their sole director.

Modi has been accused of cheating India’s state-owned Punjab National Bank out of $1.8 billion in a scandal that has rocked India and its diamond industry. His lawyer denies the charges.

The 47-year-old billionaire left his home country and his current whereabouts are unknown, though a report out today said he is applying for residency in the Caribbean island of Saint Kitts, which does not have an extradition treaty with India.

At press time, it wasn’t clear what will happen to the three U.S. boutiques that bear Modi’s name. Two had opened in recent months in Honolulu and Las Vegas. A spokesperson for the Modi brand did not answer a request for comment. Its Facebook page has not put up a new posting in two weeks.