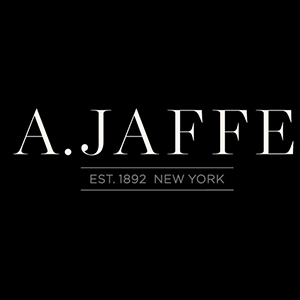 On May 19, the debtors’ counsel for A. Jaffe withdrew its motion for the sale of the company, putting Parag Diamonds’ expected purchase of the company on indefinite hold.

Parag Diamonds, also known as Paramount Gems, won a May 3 New York bankruptcy court auction for A. Jaffe’s assets with an $8 million bid.

Last week, New York bankruptcy judge Sean Lane declined to approve the sale, saying he wanted more information about the company’s value and its ties to former owner Nirav Modi, according to Law360.

This week, the judge and debtors’ counsel proved unable to come to terms, prompting the sales motion to be withdrawn, says Parag Diamonds president Parag Jain.

“Paramount Gems did not back out of the bid,” Jain says. “We were hoping to consummate the bid, and we did our part, but it didn’t go in our favor. [Counsel] decided to withdraw the sale motion. In the end, it was really between the judge and the debtors’ counsel.”

But he notes that the withdrawal was filed “without prejudice,” leaving open the option for the sales motion could be refiled.

“There are still a lot of moving parts,” Jain says.

A spokesperson for A. Jaffe adds that there “is still the possibility of the sale” and “both sides are still talking.”

The spokesperson notes that A. Jaffe is still planning to exhibit at both the JCK Las Vegas and LUXURY shows next week, and that its top executives remain with the company.

In past legal filings, its chief restructuring officer Mark Samson had warned that if A. Jaffe is not sold, it faces the possibility of liquidation.

Firestar Diamond and Fantasy Inc., also connected to Modi, were set to have their assets auctioned on May 3, but the companies received no all-asset bids, so those sales have also been placed on indefinite hold.

In early February, Modi was accused of defrauding India’s Punjab National Bank of $2 billion. (Modi’s attorney denies the allegations.) On Feb. 26, Modi-owned A. Jaffe, Firestar Diamond, and Fantasy Inc. all filed for Chapter 11.

Image courtesy of A. Jaffe