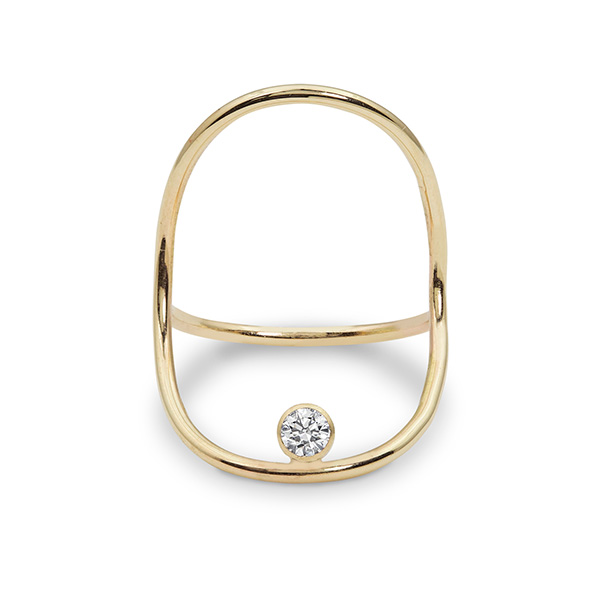 If you haven’t had a chance to read JCK editor-in-chief Victoria Gomelsky’s editorial, which asks “the jewelry community to engage with us in a much-needed conversation about what we—as a publication, an events organization, and an industry—must do in the coming weeks and months to address the questions that have been laid bare since George Floyd was killed by police officers in Minneapolis on Memorial Day,” please do so now.

To Gomelsky’s point, it’s clear we need to do more listening and learning—and a lot of that starts with getting to know the African-American fine jewelry designers who are part of our community.

One organization, the jewelry trade show Metal & Smith, is doing just that by shifting the focus of its “Be Herd” Instagram Live series—which initially sought to give emerging designers a platform to discuss coping with the challenges brought on by COVID-19—to spotlight African-American designers in support of the Amplifying Melanated Voices movement and what many view as a larger pandemic: that of racism and noninclusion.

“The jewelry industry is unapologetically centered on white artists,” says Lee Stevenson, event director and cofounder of Metal & Smith. “Since the genesis of Metal & Smith five years ago we made a choice to be in the business of telling the stories of unheard and under-the-radar jewelry designers by giving them a space to feel in the majority, not the minority. While we have always worked to include incredibly talented African American artists like White/Space jewelry, Valerie Madison, Emarvanay, and Ruben Loves Me in our circle, as a woman of color I know we can do better and should do better. It’s time.”

The “Be Herd” series is hosted by jewelry designer Julie Lamb, a longtime Metal & Smith exhibitor and champion of the show as well as her fellow independent designers.

“For my own brand I supported #AmplifyMelanatedVoices right away, choosing to put my own content on mute in order to listen, learn, and make space for people of color to be heard. With all the protests [in response to death of George Floyd], we quickly realized that ‘Be Herd’ was the perfect platform to highlight these voices. Yes, I’m nervous about getting the tone just right, but at the end of the day, I feel supported by Metal & Smith as well as the jewelry designers we plan to feature. Artist to artist, there is always an understanding. A mutual respect for talent and the craft will lead our open conversation,” says Lamb.

The new “Be Herd” kicks off tomorrow with an interview with Khadijah Fulton of White/Space and will feature similar content throughout the month of June.

“We want to hear how African American designers are coping, growing, and experiencing the jewelry industry,” says Stevenson. “We want a connection to their journey. How else can we truly do better if we don’t first understand what we are doing wrong? ”

Below, a showcase of the designers slated to be featured in the series.

Top: “I am excited to learn about other black fine jewelry brands, I don’t see them represented, and I know they exist,” says jewelry designer Khadijah Fulton of White/Space jewelry, who will be interviewed at 2 p.m. Friday on ‘Be Herd Live’. Continuity ring with diamond in 14k gold, $675, White/Space