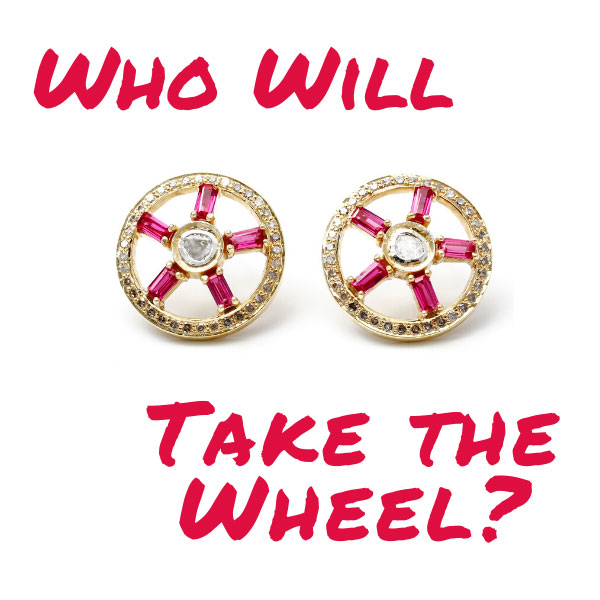 Thank you, iPhones, for letting us know our weekly screen-time mileage—mine has been increasing exponentially in relation to the time spent on my couch (when not working or trying to entertain my almost-3-year- old).

The benefit of this is that all my time on Instagram has allowed me to virtually connect with designers and jewelry pros to see how they’re coping and the steps they’re taking to stay calm, stay productive, and find solutions.

Below is a post from Metal & Smith that stopped by thumb. The trade show, founded by Lee Stevenson, is doing a great job engaging with their followers and keeping spirits high.

I was among those who DM’d, just curious about what the feedback and concerns have been. Within hours, I was in touch with Metal & Smith senior account manager Olivia Lucas, who confirmed that the Metal & Smith spring edit, originally scheduled for late April, has been postponed.

But something very exciting is happening instead.

On May 1, Metal & Smith plans to launch a virtual trade show for jewelry designers.

“We’ve been listening to the comments on social media, many laced with fears about being forgotten, without shows and markets as a platform for sharing their latest work with buyers and press,” says Lucas. “In response we have devised a virtual solution that still gives designers pursuing wholesale, media, and influencer engagement a connection to the market.”

The virtual trade shows will gather 30 designers on a monthly basis, and the plan is to have these virtual show-and-tells continue to run for the foreseeable future. Lucas believes that “virtual trade shows will become the alternative marketing tool of choice for designers” due to the recent cancellation of many spring and summer jewelry trade shows and the fact that face-to-face meetings are becoming a health hazard.

“What’s the alternative…doing nothing for 1, 2, 6 months?” asks Stevenson. The virtual format requires a smaller investment from cash-strapped designers and “isn’t just buying you a few days, it’s buying a long-term marketing opportunity to be seen and leave footprints across the globe,” says Lucas.

The platform (an early mock-up is shown below) will be custom-built by a team of developers and password protected for the trade only.

Enhancements, such as a virtual try-on feature, are also in the works.

Metal & Smith has always demonstrated a commitment to explore new formats and break the rules if necessary.

“We’ve always operated as a turnkey event, so designers will provide the assets we need to build out their residences on our platform and approve them when they are done,” says Lucas.

“We will reach out to retailers, editors, and influencers of interest to us and also take registrations like we do for our normal event,” she continues. “The best part is that in addition to the efforts of our own team, we will be working with freelancers in the industry. Freelancers whom we can compensate as they assist us in the connecting, promoting, and scouting phases of this ongoing project. It’s not just designers who stand to lose over a lack of exposure, consultants are also feeling angst about the future. We need to do our part to ensure everyone still has a business when all of this is over.”

Top: Who will take the wheel during times like this? Metal & Smith is stepping in with an ambitious solution to help small, independent designers such as Kara Strope, the maker of these ruby, diamond, and gold vermeil earrings, $795