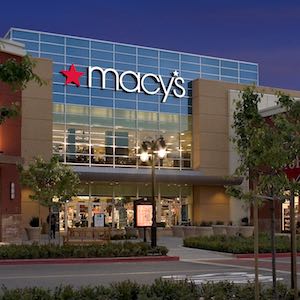 Two big names have announced dramatic dents in their payrolls: Macy’s is cutting 3,900 jobs—including the founder of Story—and crystal maker Swarovski is cutting 600.

Macy’s says the dramatic head-lopping  will include cuts in corporate and management as well as its stores, customer service, and supply chain management divisions.

In a statement, Macy’s chairman and chief executive officer Jeff Gennette said that he will lead “a smaller company for the foreseeable future.

“While the reopening of our stores is going well, we do anticipate a gradual recovery of business,” he said.

One of the more surprising cuts involves the reported departure of chief brand experience officer Rachel Shechtman, who joined Macy’s in 2018 after it bought Story, the widely hailed experiential retailer she founded.

Shechtman’s hire was part of a plan meant to pivot Macy’s in a more experiential direction. In April 2019, Macy’s opened Story boutiques in 36 stores. In February, it shut 16 of them.

Crystal maker Swarovski is cutting 600 jobs, in particular in marketing and sales. Two hundred of those cuts are in Wattens, Austria, where the company is headquartered.

The news comes nearly two months after the company appointed Robert Buchbauer as its chief executive officer, marking a change from a company that for years had a decentralized structure.

“Swarovski is currently realigning its business along a new vision and growth strategy and with this, fundamentally changing its existing organizational structures and business model,” said a company statement. “To this end, all business processes, activities and fields of activity worldwide are currently being reviewed to ensure that they are in line with both the strategic realignment and economic reality. As a first step, the marketing and sales activities that were previously spread across various business units are being merged and streamlined.”

The news of the Swarovski job cuts first appeared in WWD.