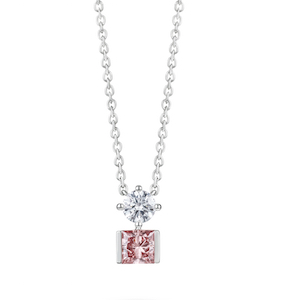 “Since we first announced Lightbox, we’ve had strong interest from Canadian consumers,” he says. “Thirteen percent of consumers who signed up for our emails are in Canada. We see it as a significant market.”

Up until now, the brand has been available only in the United States.

He adds that the brand doesn’t have any plans to expand into any other international markets.

“At the moment, we are capacity constrained until the new production facility comes online,” he says.

The new Lightbox factory, located in Gresham, Ore., is scheduled to be in production in the first quarter of next year, he says. At full production, it is expected to produce 500,000 carats of rough per year.

In related news, Lightbox will do its first brick-and-mortar brand test in the fourth quarter of this year, though Coe says it is too soon to give any details on who the retailer doing the test will be.

Lightbox is also introducing a new limited-edition offering that exceeds its traditional 1 ct. limit. The 1.125 ct. baguette pink pendant, which can be seen here, will be available only with a $100 silver mounting, so Lightbox can meet its standard $1,000 price ceiling.

But Coe calls that just a “one-off special” and expects that, as long as Lightbox continues to charge $800 a carat for its lab-growns, it will mostly stay under its 1 carat threshold.

He also expects that Lightbox will erect more pop-up stores, such as the one Lightbox did last year in New York City and earlier this year in Los Angeles.