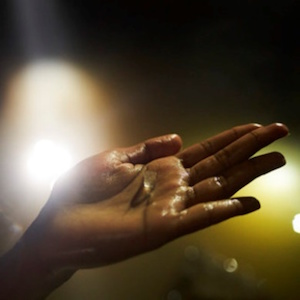 The Diamond Producers Association (DPA) plans to spend $11 million in the fourth quarter airing versions of its new film, The Diamond Journey.

The elaborate new ad was directed by Ian Pons Jewell, a noted commercial and music video director. There are various versions of the film, going from 15 seconds to a full three-minute version that was recently previewed for the trade in New York City.

Most executions begin with the line, “Before there was life, there were diamonds.” They cut to a dizzying series of images that chart the trek natural diamonds take before they arrive on someone’s finger. It starts with a diamond being forged by a volcano, then shows a woman finding a stone in a cave. It’s then cut on a wheel, transported through the world, and finally bestowed, first in a Game of Thrones–type tableau evoking days gone by, then by a hipster couple on a rooftop.  In some executions, a child admires a gem on a woman’s finger while she works in her garden. The spot ends with the words, “Three billion years in the making” and the DPA’s tagline, “Real is rare. Real is a diamond.”

The film is meant to “have people pause and think about the legacy of diamonds in a new way,” says Kristina Buckley Kayel, managing director of DPA’s North American division. “We conducted focus groups with millennials and the idea that a diamond is the oldest thing that you will ever own or wear was profound for our target audience. It’s something that we have never really highlighted. In a world where everything is so vapid and rapid and superficial, putting your head around that is quite extraordinary.”

The films will run on social media, on TV during ESPN’s NFL games and on the Hallmark Channel, in cinemas, on billboards and other out-of-home locations, and digitally, including on the DPA’s relaunched website. Print versions will appear in Hollywood Reporter, T Magazine, and W Magazine.

The campaign was developed with creative agency Bartle Bogel Hegarty in London.

“This required a cinematic treatment,” Kayel says. “We were looking for an agency partner who really understood what we were trying to achieve. Every detail of the film was considered and is symbolic and has a historic reference.”

Members of the trade can get marketing assets here.

The DPA comprises the world’s nine leading diamond miners and is responsible for category-driving advertising for diamonds.