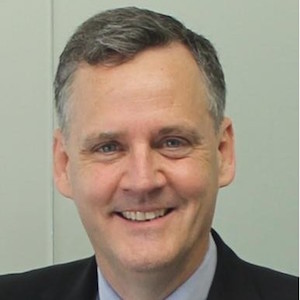 The Lab-Grown Diamond Council, the new group that aims to set standards and possibly do marketing for the lab-created diamond industry, is now up and running, with former National Jeweler publisher Chris Casey (pictured) as president.

Veteran marketer Michael Barlerin, who also heads the Silver Promotion Service, will be its chairman.

“Our number-one goal is to make the industry more professional,” says Casey, who also formerly headed NPD’s luxury division. “To date, it’s been driven largely by entrepreneurs. As the industry grows, it wants to create more defined positions.”

Casey says the group hopes to do this in a few areas.

“We want to do research on sales performance, consumer attitudes. One of things we want to address is consistent language and vocabulary. It’s one of the things that we have heard from our advisory group—there are all these different terms, and everyone is saying different things.

“There are currently a lot of voices,” he adds. “We hope to bring a single voice.”

The new group is also looking at ecological issues and will bring in an outside agency to certify members against certain sustainability criteria.

“One of the things that the Federal Trade Commission has said is, ‘You can’t self-declare,’ ” he notes. “There are groups that create sustainability standards for things like wood flooring. We will be seeking out, through third-party independent voices, standards for sustainability.”

That outside group may also set out a chain-of-custody standard for lab-grown diamonds.

“That would involve oversight and responsibility from the time [the diamond is] grown to the time it’s passed on to the next person. There are times that [other] goods get mixed in. If that happens, that potentially precludes certification.”

The group also wants to provide “thought leadership,” on questions such as whether post-growth heat and pressure should be considered treatments, as they are in natural diamonds, or whether they will be considered part of the manufacturing process.

The group may also create a consumer marketing campaign, but that depends on how much members are willing to pony up to support it, Casey says.

There is already a group that is meant to represent the lab-grown industry, the International Grown Diamond Association (IGDA), which is run by secretary Richard Garard on a volunteer basis.

“We bring a complimentary set of services,” Casey says. “The IGDA has done a great job in lobbying the FTC, and a great job in sharing technical information. What we bring is more of an information and communication perspective.”

Garard tells JCK via email: “We have been aware of this group’s efforts and are very pleased with the ever-increasing interest in lab-grown diamonds. We look forward to the potential of expanding the grown diamond message and collaborating as and when appropriate.”

Casey said the group does want to have qualifications for members. When asked if a company will be allowed to join if its director or owner is reportedly facing criminal charges, Casey says, “We will respect any decision of the courts.”

But he wasn’t sure what would happen if the individual in question didn’t answer the charges and became a fugitive. “When that gray area exists, we will make that decision on a one-off basis,” he says.

(The IGDA’s application asks prospective members to declare whether the applicant, or any of its directors, “has been convicted/blacklisted or declared as [a] defaulter under any economic/criminal or other laws in their home country.”)

He also says that he will let in companies that also sell simulants, which has been a point of contention for some sellers of lab-growns.

“Our focus is just on the lab-grown piece,” he says. “We are not saying that it has to be 100 percent. It has to be part of the product portfolio.”