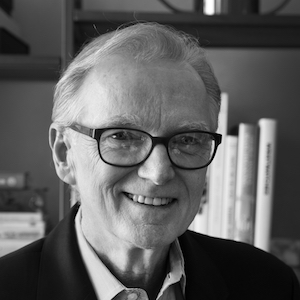 He will work alongside editor-in-chief Jack Forster on the overall editorial direction for the site.

Thompson joined Hodinkee in 2017 as editor-at-large, covering  the big industry trends, industry figures, and providing a historical perspective on the watch industry.

Thompson has also won nine editorial excellence awards from the American Business Press. In 2016, he won a Gem Award for Lifetime Achievement from Jewelers of America.

Thompson has written about the watch industry since 1977, starting at JCK. He has also served as editor-in-chief of Modern Jeweler, American Time, and WatchTime.

He told the story of how he ended up covering the watch business for JCK—including a valuable lesson he learned early on—on the fourth episode of JCK’s podcast “The Jewelry District.”

“We are honored to have Joe as our new executive editor,” said Hodinkee’s chief operating officer Eneuri Acosta in a statement. “Joe’s reputation within the industry is second to none. His rare mix of knowledge and professionalism makes him highly valuable in this new capacity and we are very excited to have both him and Jack Forster leading our editorial efforts.”

In a blog post announcing the promotion, Acosta said, “Not only is he a legend in the world of watches, but he’s also one of the kindest, most thoughtful human beings around and I couldn’t be prouder to call him a colleague.”

Hodinkee was founded in 2008 by watch enthusiast Ben Clymer “out of pure boredom,” he once said. In 2015, it merged with another watch site, Watchville. Earlier this year, Hodinkee hired watch industry veteran Russell Kelly to be its chief commercial officer, tasked with expanding its shop and retail activities in general.