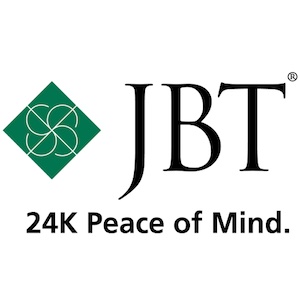 After several years that showed stark industry consolidation, the Jewelers Board of Trade’s (JBT) tally of jewelry businesses appears to be stabilizing, says the group’s president, Richard Weisenfeld.

While JBT’s numbers for the first quarter of 2019 continue to show the traditional industry shrinking, they also show a lot less consolidation than in past years.

In the first quarter of 2019, 135 jewelry companies discontinued operations in North America, which breaks down to 110 retailers, 14 wholesalers, and 11 manufacturers. (Most of those discontinuances were in the United States, and 10 were in Canada.)

The JBT also registered 57 new North American businesses in the first quarter (all in the United States), slightly down from last year’s new-business number of 62.

All of which boils down to a net loss of only 78 jewelry businesses for the quarter. That is still evidence of a downward trend, but it’s a clear improvement over past years.

“The consolidation numbers have slowed quite a bit,” says Weisenfeld, but he adds that it remains to be seen if its tally has truly bottomed out.

That means JBT’s official tally has shrunk by 864 companies, or 3.2 percent, over the last year—a consolidation number roughly on par with prior years.

Slightly complicating is the fact that, as JBT itself admits, the group isn’t able to track every new business entering the industry, and its stats might not fully reflect two growing segments: small designers and online-only companies.

“Frankly, it’s a challenge for us to track a lot of those people,” Weisenfeld says.