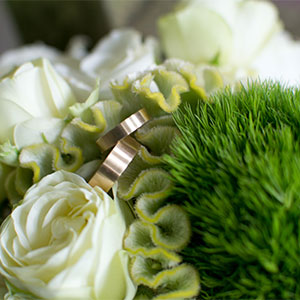 We have all seen the numbers that say that the U.S. jewelry industry is shrinking.

In the third quarter of 2018, the Jewelers Board of Trade (JBT) found that 226 U.S. jewelry businesses closed and only 51 opened. Those numbers are roughly even with last year’s and show that the industry continues to consolidate. And yet, there might be more going on than meets the eye.

When I spoke at the Portland Jewelry Symposium a few weeks back, my presentation featured similar stats. Afterward, Eric Braunwart, owner of Columbia Gem House, made an intriguing point: Lately, he’s been contacted by a lot of young jewelry designers and retailers, who generally seek him out since his company deals with responsibly sourced and Fair Trade gems. He’s found that most of them aren’t listed on standard industry references like the JBT.

“We get probably two or three new accounts a week,” he says. “I’d say maybe 10 percent of them are on JBT’s radar.”

In fact, some haven’t even heard of the industry’s credit-rating group.

“They say, ‘We have never heard of JBT. What is it?’ They don’t care about that, they pay for everything with credit cards.”

Take, for instance, Wwake, a Brooklyn, N.Y.–based fine jewelry brand that doesn’t have a JBT listing, though it’s sold at Nordstrom and has been featured in Vogue (and JCK).

Founder Wing Yau adds that being listed on JBT “rarely comes up,” and she doesn’t understand why she would need to be listed.

These companies also sell in unconventional ways, says Braunwart. While some started on Etsy, they now do a lot of business on Instagram. When they do sell at physical locations, it’s often at galleries or their own custom space. But it seems to work for them.

“Some of them are doing way more business than I am,” he says. “One we started with six months ago. They were making a pendant, and they wanted 300 stones for a 90-day supply. Now they are buying 1,000 every 45 days. That’s how fast some of them are growing.”

They may also be snagging market share from the traditional business.

“We have all wondered if the market is ever going to come back to traditional brick-and-mortar stores,” Braunwart says. “But I think a lot of it is going to this new kind of retailer.”

All of which raises some interesting questions: We have traditionally called someone a jeweler if they have a store or an established site. And yet, there are clearly jewelry companies that do significant businesses on platforms like Etsy, Instagram, and their own sites. But they don’t necessarily fit into the standard industry categories. And, it turns out, some are okay with that.

Aran Galligan, the owner of Seattle-based Aide-mémoire Jewelry and another attendee at the Portland symposium, listed her company on JBT after a vendor said he would charge her extra if she used a credit card. (Prior to that, she hadn’t heard of it.) Still, she doesn’t expect a lot of young designers to follow suit.

“I would much rather pay everything on a credit card and not have to worry about different lines of credit,” she says. “Plus, you get points.”

She does most of her business online, some through Etsy, but mostly through her site. She also has a physical showroom. She says her niche—eco-friendly, affordably priced jewelry—has “exploded” in the last two years, so much that she worries about oversaturation.

Her now-six-year-old company started partly in reaction to the traditional jewelry industry, she says.

“I didn’t agree with it,” she says. “I didn’t see myself in it. I wanted to create something for people like me.”

She has particular issues with how the industry sources materials.

“One of the things that really struck me at the Portland Symposium is that when [attendees] talked about responsible sourcing, they talked about it from a point of view of, this is how you attract millennials, not that this is the right thing to do. It felt very insincere. Younger people want authenticity. That’s the issue a lot of younger people have with the industry: It feels dishonest, very corporate.”

Says Braunwart: “When you sit down and talk with these people, it’s just very different. I don’t think the industry has caught up with them yet. They don’t want to be part of the old stream. As far as the traditional industry is concerned, they are kind of an underground economy.”