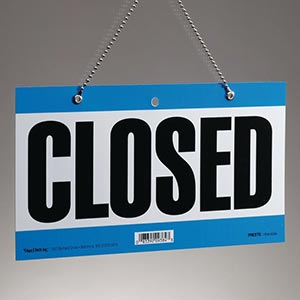 Business discontinuances in the United States and Canada spiked upward in the first quarter of 2018, according to the latest stats from the Jewelers Board of Trade (JBT).

The numbers break down as follows:

– The JBT recorded 343 discontinuances in the United States and 25 in Canada.

Overall, the numbers showed that the industry is continuing to consolidate. The Jewelers Board of Trade now lists 26,903 companies; in the first quarter of last year, it listed 28,056.

Some new businesses came into the industry in the first quarter, but not enough to make up for the companies that are closing.

In the first quarter, the JBT recorded 64 new North American businesses, which breaks down to 46 retailers, 10 wholesalers, and eight manufacturers. All but two of those were located in the United States. That’s a significant jump from the 48 new businesses that entered the industry in the first quarter of last year.

At a speech at the American Gem Society Conclave in Nashville, Tenn., Harold Dupuy, Stuller’s vice president for strategic analysis, said statistics like this need to be looked at in the larger context.

He said that while the industry continues to consolidate, overall industry sales have continued to grow, which is good news for the companies that remain.

“While the stores close, if the market grows if you are still in business, it’s a good thing,” Dupuy said. “It’s a thinning of the herd.”