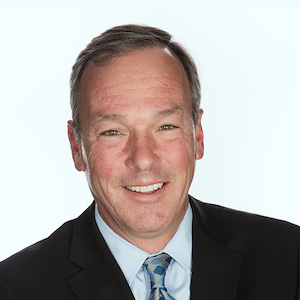 Despite the current pandemic, the talk of a “retail apocalypse” is overblown, said Bill Thorne (pictured), senior vice president of communications and public affairs for the National Retail Federation (NRF), during a JCK Virtual 2020 keynote on “Retail in 2020: Before, During & After.”

“We have been really actively working aggressively to push back on that [narrative],” he said. “An apocalypse means pretty much the end of the world. I can guarantee, without any shadow of a doubt, hesitation, or question, that retail is going to be around for a long, long time, as it has been. The idea that there’s an apocalypse, that retail is going away as we know it, is a completely false narrative.”

He noted that, despite reports that retail closings are way up—and have been for the last few years—in 2019, 16 brands accounted for 73% of the store closures. He also asserted that for every store that closes, five open, since many digitally native brands are opening up retail stores.

He noted that, in spite of COVID-19, retail “is doing pretty doggone good” and that “retail sales have consistently grown over the last decade.”

The NRF’s research has found that online sales reached 20.7% of retail sales in April—the height of the lockdown—but since then they have headed down.

“One of my favorite things to do when I’ve talked to groups is just to see a show of hands in terms of what they think the e-commerce numbers are that make up the total amount of annual sales,” he said. “If you say 50%, you get some hands. You say 40%, you get more. You say 30%, even more, and 25% is just about everybody is pretty much everybody. I think everybody is really shocked when they learn that in fact e-commerce accounts for only 12% of annual retail sales.”

And while e-commerce sales have grown, a lot of that growth is in non-digitally native brands. The top retail sites include 10 brick-and-mortar brands.

“Those brands that, originally way back, saw what Amazon was doing, they were getting active and engaged and figuring out how to be competitive, they’re doing quite well online. Others are catching up and they’re taking advantage of the learnings of those that went first.”

He noted that the best retailers have quickly adapted to the COVID-19 era, instituting services such as curbside pickup and contactless payments, stepping up safety procedures, and raising employees’ pay and benefits.

“Because they were the economic first responders, serving the community during this difficult time, Target has [said,] base minimum wage is going to be $15. Well, they went ahead and made that decision five months ahead of schedule. A lot of retailers are doing the same thing. A lot of them have given bonuses and additional time off, additional benefits, childcare. They’re responding, and they’re doing the right thing.”

“If you look at the polling that has been done, and the research that has been done,  it is a very small but very vocal minority that kind of refuse or are offended by the request to wear masks. But 94% of people say, ‘I understand it, I get it, I want to protect the people that serve me, that have made the sacrifice to come into work every day to ensure that I get what I need in order to feed my family, in order to survive.'”

He concluded that retail’s future is “bright.”

“When we were going through the Great Recession, retailers were taking that opportunity to assess and reassess how they were interacting with the customer, how they were pricing what their product mix was going to be, how they recognized efficiencies through the supply chain. The pandemic has created an opportunity for retailers to connect in a way that they hadn’t before…and make sure they are offering a good experience and a personal experience and people really feeling good and safe when they go somewhere.”

(Image courtesy of the NRF)