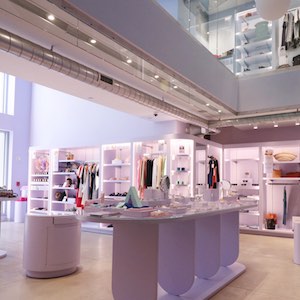 We have arrived at a strange place in our economy.

We keep hearing about legacy brands going under. Yet, a lot of the “disruptive” companies that are the darlings of the new economy aren’t exactly making money—as investors in “unicorns” like WeWork and Wayfair have learned the hard way.

As The Atlantic put it:

If you wake up on a Casper mattress, work out with a Peloton before breakfast, Uber to your desk at a WeWork, order DoorDash for lunch, take a Lyft home, and get dinner through Postmates, you’ve interacted with seven companies that will collectively lose nearly $14 billion this year.

Michael Preysman, chief executive officer of Everlane, recently told CNBC: “Everybody loves to say you don’t spend money in online, but the way it works now with Facebook, Instagram, and how much it costs to acquire a customer, then you have to ship it all. What online-only company is really profitable? Basically none of them. That’s this dirty secret.”

This flies in the face of how e-tail was supposed to work. By avoiding the costs associated with brick-and-mortar presences, they would be able to charge customers less.

However, e-tailers, like traditional retailers, depend on traffic. And that can be hard to rustle up on the web. You don’t get walk-ins online.

So digital-native direct-to-consumer (D2C) brands have to find ways to win consumers’ attention, from social media to search marketing to working with influencers.

But the cost of many of these things have gone way up.

Last year Facebook, which accounts for an estimated 83% of social ad spending, announced it was changing its News Feed algorithm to favor posts from friends and family over brand pages. Which made traditional social media marketing a lot less efficient, according to New York:

Put another way, it is basically impossible for anyone running a Facebook page to reach their audience—people who have deliberately clicked the “Follow” button—without paying Facebook for the privilege. Depending on your perspective, Facebook is either a tollbooth or an extortion racket. Organic reach has gone down, and ad rates have gone up.

Overall, social media marketing costs have increased fourfold over the past few years, according to Justin Hughes, chief product officer of M.M. LaFleur.

In search, the picture is more complicated. Google ads are priced based on an auction system. That hurts those in competitive areas—and jewelry is considered a  field where there is “unusually intense competition.” While pay-per-click rates have dropped, Google has also become good at playing companies off each other to drive up bids.

All this is great news for Google and Facebook: By one estimate, 40% of venture capital money is spent at those two quasi-monopolies.

But it’s terrible for companies that deal with them, as they are increasingly spending more money for less effect.

“Consumers have become so desensitized to advertising in the digital space,” said Zak Normandin, founder and CEO of Iris Nova, according to Retail Dive. “We’re inundated by ads, whether it’s influencers promoting products, the actual ads that are served to you on Facebook or Instagram —your attention is pulled in so many different directions and I think consumers don’t want to be advertised to anymore.”

For many D2C brands “[the cost of acquiring a customer] has reached a point where it’s outpacing customer lifetime value,”  writes Taylor Peterson on MarketingLand. “That means the total amount a customer spends with a brand is less than the cost it took to acquire them.”

So now some digital brands are shifting to old-school advertising vehicles, such as radio, television, outdoor ads, and direct mail. They are also making the most old-school move of all: They’re opening stores.

It turns out brick-and-mortar locations are highly effective advertising vehicles. People walk or drive by them. They allow people to interact with the brand. They make the brands “real.”

“Stores took us to a different level,” Chris Riccobono, founder of UnTuckIt, told Bloomberg. “Customers who didn’t want to buy a $98 shirt because they weren’t sure if we’re just another fly-by-night e-comm company started taking us very seriously.”

Digital-first brands often measure a store’s success differently than traditional retailers. They don’t just look at whether the store makes sales—some don’t even stock inventory. The key metric is often web sales. There, the news is good: A study from the International Council of Shopping Centers found that opening a store can boost web traffic by as much as 27%.

These companies also realize that, even with the e-revolution, around 90% of sales still occur off-line. That’s especially true for a category like jewelry, where people like to touch and see the product.

Former Apple store and J.C. Penney CEO Ron Johnson said recently that, while in the past, traditional stores rushed to open e-commerce platforms, now things are headed the other way.

“If you’re a digital-first brand, you are going to have a physical presence,” he said on LinkedIn. “You can’t survive as a digital brand alone.”

And even brands that don’t have the resources to open stores are finding ways to test the waters. Re:store (pictured), which opened in August in San Francisco, offers shoppers the chance to browse 70 “Insta-famous” brands.

Vrai (formerly Vrai & Oro) just placed ads looking for consultants in five cities who can “maintain an organized showroom and pop-up spaces.” This is a switch from a brand that closed its first store after six months. (Owner Diamond Foundry declined comment on its plans, but said it will have “exciting news” next year.)

Another digital-first lab-grown diamond company, Clean Origin, just launched a second brand, Great Heights. That name has been legally registered in a variety of states, a seeming sign of possible stores.

CEO Alexander Weindling tells JCK that “we are not announcing retail plans at this time, but we are building team and infrastructure to rapidly test and scale various retail and experiential formats.”

Of course, now that these companies are opening stores, they will have to contend with rents and other costs—the very factors that made the economics of e-tail so compelling in the first place.

“Even in relatively small locations, often with little or no for sale inventory, the cash [needed] to build out a meaningful chain of physical locations (along with the associated lease liability risk) is far from trivial,” writes Steve Dennis in Forbes. “A handful of ‘successful’ locations in Manhattan, LA or San Francisco does not tell you much about scalability, as dozens of retailers who overshot the runway on store expansion over the years can attest to.”

Still it’s striking that legacy retailers such as Signet are closing stores, while digitally native brands, such as Amazon, say they’ll add 850 stores in the next five years.