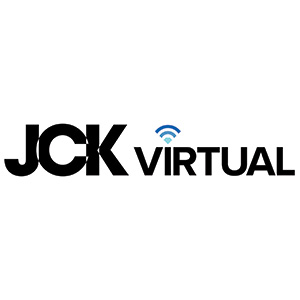 JCK will hold a virtual trade show Aug. 10–14 that aims to simulate the experience of going to JCK Las Vegas in a virtual format.

The event, which will be built around the theme of “Reconnecting,” will feature online showrooms from exhibitors, ways for retailers to search for products, tools that will let exhibitors and retailers schedule appointments and talk over live video, educational events (including a keynote), and networking and social events. The show will also offer its standard matchmaking services to connect buyers with exhibitors.

“We wanted to be as true to JCK as we could,” says Sarin Bachmann, group vice president, JCK and Luxury for show owner Reed Exhibitions. Reed also owns JCKonline.

“We know that the industry is ready to get back to reconnecting and getting merchandise in their stores,” she continues. “A lot of people missed that they wouldn’t be able to attend JCK this year. We wanted to keep everybody’s health and safety in mind but still be able to bring everybody back together not only to network and be educated but also to actually do business.”

She says it’s possible that some aspects of the virtual event may become parts of JCK Las Vegas going forward.

The first day, Monday, Aug. 10, will be devoted to Luxury, JCK’s high-end invitation-only show. After that, the two shows will take place simultaneously, from Tuesday, Aug. 11, to Friday, Aug. 14.

Bachmann says the mid-August dates were selected in consultation with retailers and exhibitors and were deemed best for two reasons.

“We wanted to wait long enough that retailers would be back in their stores and would have a sense of what inventory they may need,” she says. “We also wanted to do it early enough that if they needed anything to fill in for the holiday, they would have time to do that before things got too busy.”

The event will be organized by neighborhoods, like the standard show. However, if retailers want, they can also search for specific items.

“The nice thing about the platform is that, the more it does searches, the more it learns about what [people are] interested in, the better the matches will be for them,” Bachmann says. “It is able to learn and serve better matches, similar to what Amazon does.”

Attendance at the virtual show will be free to all qualified retailers, though registration is not open yet.

While it’s possible setting up a virtual showroom may take some work for some exhibitors, Bachmann notes it’s significantly less than required for participating in JCK in Las Vegas.

“Exhibitors don’t need to be manning the virtual booth, which is the nice thing,” she says. “They just need to be there for any appointments that are set up, and, during those days, it’s in their best interest to be available or on call to be able to meet with retailers. But it’s not the same time commitment, for sure.”

There won’t be an e-commerce element to the showrooms, as Reed wanted to replicate how the industry does business normally, Bachmann says. However, it’s possible that might be introduced in the future.

More information on the virtual show can be seen here. A preregistration form can be accessed here.

JCK Las Vegas also announced its dates for 2021, which will see the show returning to its traditional date pattern.

America’s biggest jewelry trade show will take place Friday, June 4, through Monday, June 7, 2021, at the Venetian Resort & Sands Expo in Las Vegas, where it returned in 2019. JCK Talks and The Exchange & Gemstones will start one day earlier, on Thursday, June 3, 2021.

Luxury by JCK be invitation only on Wednesday, June 2, and Thursday, June 3, 2021, after which it will be open to all attendees. It will also take place at the Venetian Resort & Sands Expo.

JCK’s sister show, JIS October, is scheduled to take place October 13–16 at the Miami Beach Convention Center in Florida and is open to all JCK attendees.

JCK Las Vegas was originally supposed to take place in June, but the physical show was not held this year due to the spread of COVID-19.