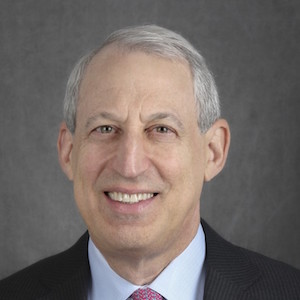 The chain currently has 90 stores in the western United States and Canada. In 2002, it was acquired by Berkshire Hathaway, the holding company chaired by Warren Buffett.

After he stepped down, Bridge talked with JCK about his long industry career and decision to turn the company reins over to daughter Lisa.

Bridge has long been active in industry associations and has served as chairman of the board of both Jewelers of America and Jewelers for Children, as well as a board member for the Jewelers Vigilance Committee and Jewelry Information Center. In 2012, the American Gem Society awarded him and his family with its Lifetime Achievement Award.

“Ed has undoubtedly increased the professionalism for the jewelry industry,” said JA president and CEO David J. Bonaparte in a statement. “His commitment to his family business is unwavering, and his leadership on the boards of so many jewelry industry associations has been immensely appreciated by all those who benefit from his contributions.”

JA plans to announce nominees for its other Gem Awards in the near future, it said. More information on the awards ceremony can be seen here.

(Image courtesy of Jewelers of America)