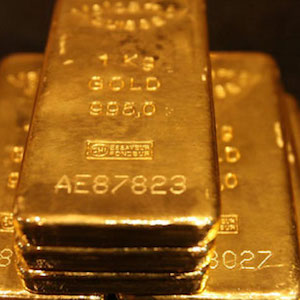 The spot price of gold passed the $1,500 benchmark on Aug. 7—for the first time since 2013—suggesting the industry is seeing a second gold rush.

At press time, the yellow metal was trading at $1,507 an ounce, after closing yesterday on the Comex at $1,472 an ounce.

Overall, the price of gold has climbed more than 18% since the beginning of the year. In June, the gold price hit the $1,400 mark for the first time in five years.

Analysts attributed the gain to a wide range of factors, including the Federal Reserve’s recent decision to lower interest rates and overall geopolitical uncertainty, stoked in part by the current trade hostilities between the United States and China, which has caused investors to seek a safe haven.

“Gold is quite clearly still in demand as a safe haven in the current market environment,” said analysts at Commerzbank, quoted in Financial Times.

Ira Epstein, a strategist with Linn & Associates, put it more simply to The Wall Street Journal: “There’s a lot of fear out there.”

Now the only debate among bullion watchers is how high the price of gold will continue to go. Some predict as the general uncertainty continues, gold’s incredible second bull run seems poised to continue as well.

“Looking at the interest rates and general trajectory of yields and uncertainty over the trade war, gold has room to move higher from here,” London Capital Group head of research Jasper Lawler told Kitco News. “It is only dollar strength that is holding gold back in U.S. dollars.… Gold is in a major bull market.”

Gold first reached the $1,500 level—considered an important psychological benchmark—for the first time ever in 2011, but it hasn’t traded at that level since 2013.

This was also a strong day for the price of silver, which at press time was trading at $17.19 an ounce.