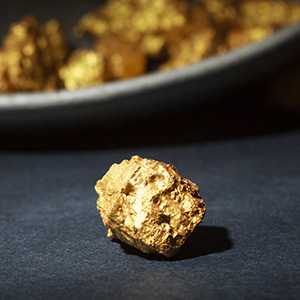 Are we on the verge of the gold rush—the sequel?

On June 20, the spot price of gold soared close to $1,400 an ounce, the highest level the yellow metal has hit more than five years, fueled by investor worries about the economy and continued global instability.

Analysts generally attributed the yellow metal’s sudden surge to a number of factors, including the weak U.S. dollar, as well as a decline in the yield of three-month Treasury notes, fueled by recent indications that the Federal Reserve sees the U.S. expansion as slowing and is opening the door to possible interest-rate cuts this year.

“It’s really trade developments and concerns about global growth that are on our minds,” said Federal Reserve chair Jerome Powell. “Risks seem to have grown.”

Several analysts also pointed to the renewed instability in the world, including the U.S. trade war with China, the possibility of a war with Iran, as well as ongoing issues with North Korea.

“We think the recent gold rally has been the result of a combination of two things, the trade issues and central banks cutting rates,” Suki Cooper, precious metals analyst at Standard Chartered Bank, told CNBC.