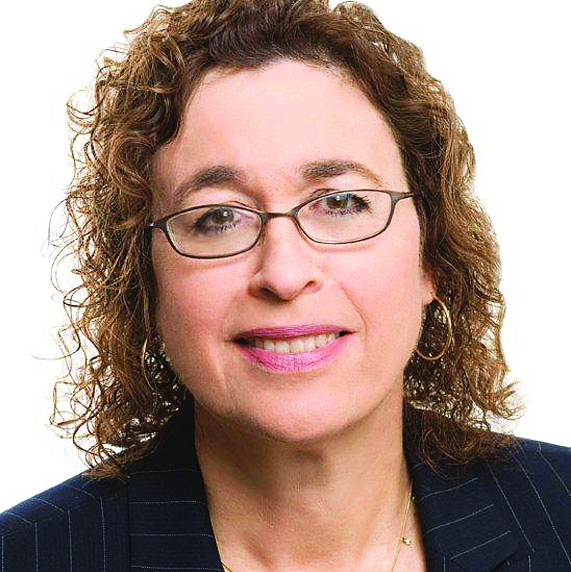 Cecilia Gardner stepped down last month after 18 years as president and CEO of the Jewelers Vigilance Committee. (She also served, for over a decade, as general counsel for the World Diamond Council, which represents the industry in front of the Kimberley Process.) She will now offer legal and consulting services for the industry. In a candid talk at the American Gem Society Conclave in Los Angeles, Gardner addresses her future plans, her views on women in the industry, and, of course, the Kimberley Process.

JCK: We have a lot of back-and-forth recently about the Kimberley Process on this blog. Do you think that the current definition of conflict diamonds (“diamonds that originate from areas controlled by forces or factions opposed to legitimate and internationally recognized governments”), the one that was agreed to in 2000, is limiting?

Gardner: Yes. The World Diamond Council has for years taken a position that the expansion of the definition is necessary for the continued viability of the Kimberley Process.

And now I’ll speak personally.  Without an expanded definition that includes violations of human rights and systematic violence against civilian populations in diamond producing and trading centers, I am not sure what the purpose of the Kimberley Process is.

I guess I am informed by my experiences negotiating the Zimbabwe situation. There, we had an instance of violence funding perpetrations of violence against artisanal mining communities [in the Marange region]—being perpetrated by the military and the police—sponsored by the government itself. There were some people at the KP who said this should be none of our business. To me that was outrageous. If not the Kimberley Process, who? The Kimberley Process was the only international institution doing anything about Marange. It was only the Kimberley Process shining any light on what was happening in Marange. Hundreds of diamond diggers died there. If that is not a problem for the KP, I don’t know what is.

JCK: You were on the original monitoring mission to Marange. What kind of things did you see?

Gardner: I was in the field talking to people who had been injured, who had lost family members; we looked at what happened—police records of what had happened. It was not ambiguous in the least. I talked to a member of Parliament who was in jail on trumped-up charges because he was cooperating with an investigation of the local police and their role in the violence. We interviewed him in jail. The jail reminded me of descriptions of the debtor’s poorhouses in Charles Dickens. It was completely despicable conditions. And these were completely trumped-up charges.

JCK: But still, because of the definition, the organization wasn’t sure it had to act.

Gardner: What ended up happening: We were able to make clear that there was, in fact, a violation of the minimum standards of the KP, therefore we were able to cope with it. We were able to recommend to the working group on monitoring that there be a suspension until they came into compliance.

We ended up devising a work plan that was very robust. It required forensic accounting. It required demonstrable compliance.

JCK: When the suspension was lifted, it was controversial. Was it lifted because the organization just wanted to move on?

Gardner: There were politics involved, but Zimbabwe was given a work plan and as far as I could tell they complied with it.

Now, I had personal qualms dealing with the [Zimbabwe president Robert] Mugabe regime and having anything to do with them. But part of my job at the time was to make sure that they were complying with the minimum standards. That was my job and I did my job.

JCK: So how much good do you think the Kimberley Process has done?

Gardner: A lot. And I don’t think anyone is arguing otherwise. Brad [Brooks-Rubin] was with me in Zimbabwe. He understood what we were doing there was important. It stopped the government from perpetrating violence in Marange, and they understood they couldn’t do that again because someone was watching.  The Kimberley Process was watching.

JCK: There is debate over whether the Kimberley Process helped end conflict diamonds.

Gardner: I don’t think you could argue that it didn’t. Obviously, there were political dynamics in connection with the wars in Sierra Leone and Liberia and Angola that have nothing to do with the diamond trade. But it was the diamond trade that was fueling those wars and stakeholders stepped up and said we are going to disassociate the diamond trade from this kind of activity; it did have an effect and continues to have an important impact on the industry as a whole. It regularizes the trade. It is a form of monitoring of the trade. People know that someone is watching. And that isn’t bad. That’s a good thing.

The development of minimum standards that are required to trade diamonds caused a lot of these countries to make their supply chains more transparent and more regularized. That, with the added layers of anti-money-laundering provisions, has made the diamond trade one of the most regularized trades in the world.

JCK: In the early 2000s, the industry had an antagonistic relationship with nongovernmental organizations (NGOs). Now the industry, in the U.S. at least, is more closely aligned with the NGOs. Why did that change?

I testified on Capitol Hill in favor of the Clean Diamond Trade Act. The State Department testified against it, you may recall. I remember a Congressman leaning over his very high desk and asking me in a very Southern drawl, “You mean to tell me, Miss Gardner, you want the government to regulate the diamond industry?” And I said, “Yes sir. That’s what we are asking for.”

There were individuals in the industry who were threatened by the NGOs, who were afraid of picket lines and negative publicity. Some in the industry reacted in a, how shall I say this, immature way to that kind of threat. But there was a large group of responsible industry members who understood that the NGOs had a positive outcome in mind—to assure the sustained health of the industry—and were willing to work with them.

JCK: You have talked about the lack of a “culture of [legal] compliance” in the industry. Do you see that improving?

Gardner: I live in a world where I’m never out of things to do. People are always going to try to take advantage and don’t always do the right thing. I think from my time at JVC there is a more robust culture of compliance. That doesn’t mean all is perfect. But I see more people interested in compliance than not. When I first started doing seminars, I would get two or three people in a room. Now when I talk about my issues, people come. We do webinars, we get 50 people on the phone.

JCK: There’s a lot of talk about onerous government regulations these days. Do you think that the regulations the industry has to comply with are too tough?

Gardner:  We don’t lobby at the JVC but we certainly consult with government regulators. I haven’t seen any regulatory system with which this industry isn’t fully ready to comply with. Even Dodd-Frank [Section 1502], which came quite unexpectedly and that many thought they couldn’t comply with. The amount of energy and time into making sure we could comply was impressive.

JCK: We now have a new administration less inclined to regulate. What do you think will happen to some of the initiatives that have taken place?

Gardner: It is hard to predict. The current administration is extremely unpredictable. However, I don’t see a lot of energy on the part of the industry to undo what has been done. I think the industry genuinely believes the regulations to which we have been subject are good. A lot of industries try to get rid of the FTC Guides. Our industry works hard to improve them.

JCK: You have been outspoken about the lack of women in the industry. Is that still a problem?

Gardner: I was surprised when I first joined the industry at the lack of women leaders in the industry. I cannot tell you how often during my career in the jewelry industry I found myself the only woman in the room. Not much has changed. And it should.

JCK: Anything you are proud of during your tenure?

JCK: You are very passionate about the Jewelry Industry Summit. Do you want to talk a bit about it?

Gardner: The Summit is similar to what I’ve been doing with jewelers. A lot of jewelers think that responsible sourcing dealing with the supply chain is too hard, too complicated, and not their responsibility. None of that is true. It is not that difficult, not that complex, and anything you can do is better than nothing.

Everyone has a responsibility to the people who extract your products. When I first started working on the summit I got a note on our Facebook page, saying, “Now, we have to worry about this too?” The first thing I thought was I’m going to take this comment off. But before I did, someone posted a comment saying, “Yes, you have to worry. The person who brought this product to your countertop is your partner. If your partners are being exploited and you do nothing about it, your business will fail.”

So yes, the people who extract these products are your partners. They are in the same business as you. You have responsibility for them.

JCK: Any thoughts you want to add?