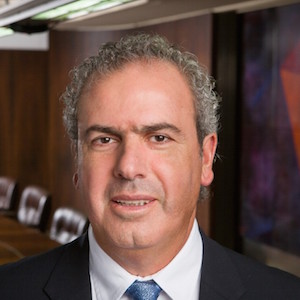 Yoram Dvash (pictured), who has served as acting president of the World Federation of Diamond Bourses (WFDB) since April, was officially elected the group’s president during its virtual Congress last week.

Dvash, who also serves as the president of the Israel Diamond Exchange, was elected for a three-year term. Dvash has been a driving force behind the WFDB’s new online trading platform, Get Diamonds.

Also during the meeting, Lin Qiang, president of the Shanghai Diamond Exchange, and Moshe Salem, president of the Diamond Club West Coast in Los Angeles, were elected WFDB vice presidents. Rony Unterman was reelected as the group’s secretary-general and Mehul Shah was again chosen as its treasurer-general.

In a speech, Dvash said he’s witnessed the slow return of demand to the diamond market, after the industry suffered a “very challenging year,” due to the COVID-19 pandemic. He stressed, however, that the virus didn’t cause all the industry’s problems.

“The industry has been suffering from a lack of profitability, a shortage of financing. and reduced demand,” he said. “It needs to transform to meet the demands of the 21st century. That means adopting the values of the day: transparency, sustainability, and consumer confidence. It means working together with regulators to create rules and measures that benefit all.”

For the first time, all the open sessions at the Congress were recorded and uploaded onto the WFDB’s YouTube channel.

(Image courtesy of the World Federation of Diamond Bourses)