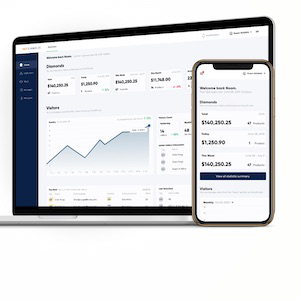 Originally started as part of the revolt against RapNet, the World Federation of Diamond Bourses’ Get Diamonds platform now hopes to establish itself as a leading online diamond exchange in its own right.

The business-to-business platform, first created by the Israel Diamond Institute, was purchased by the WFDB in April, which hoped to boost its profile and reach. That seems to have happened: It currently lists 1.3 million diamonds, with a value of $5.65 billion. That’s roughly comparable to what’s currently being offered on RapNet, traditionally the leading online exchange in the industry—which has largely recovered from its spring travails.

WFDB acting president Yoram Dvash says that the platform is constantly being updated and refreshed and that a number of big companies and groups have indicated they want to join the exchange. (Jewelers of America is now offering discounted Get Diamonds subscriptions as a member benefit.) But he notes the initiative was spurred by a grassroots desire for a new platform.

“The fact that we were able to grow so quickly shows that there was a great demand,” he says.

The new platform has big ambitions—while it will be owned by the WFDB, it will be part of a separate nonprofit organization, with a 12-person board including representatives of all sectors of the industry. It will also have a yet-to-be-named chief executive officer.

Tomer Levi, CEO of Lucy Platforms, the Israeli company that helped design Get Diamonds, claims it has the “fastest search engine in the industry” and uses artificial intelligence to help make searches faster and more efficient.

“If new relevant diamonds are uploaded…buyers will get e-mail or WhatsApp [notifications] from Get Diamonds, and they can be the first to explore them,” he says. “[Buyers] will also see special offers by their preferences, from suppliers they used to deal with often.”

Dvash also notes that Get Diamonds is run “by the industry, for the industry,” and any profits from the exchange will be reinvested in industry promotion efforts. He also says that membership currently costs 50% less than comparable services.

For now, there’s no plan to include an e-commerce element, though that’s possible long-term.

And while the WFDB is known for its arbitration system, Dvash says customers who end up in disputes on the system can opt to have their disputes resolved through arbitration, though that’s optional (except for WFDB members).

One thing that does not seem in the cards: a new price list. Dvash thinks that could bring possible “antitrust” implications.

(Image courtesy of the World Federation of Diamond Bourses)