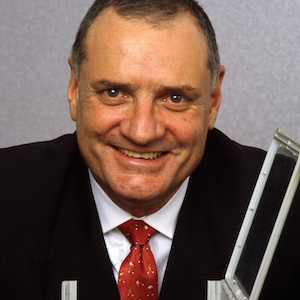 Ernest “Ernie” Blom (pictured), who has served as president of the World Federation of Diamond Bourses for the last eight years, has temporarily resigned from the post.

A letter from Blom, obtained by JCK, said that due to “personal reasons,” he was “unfortunately temporarily unable to continue in office as President.… Therefore, I need to step aside for a period of a time.”

The news comes as Blom’s company, Ernest Blom Diamonds, is engaged in litigation with a WFDB-member bourse, the Dubai Diamond Exchange (DDE), in a dispute over the jurisdiction of an arbitration.

Blom’s claim, filed Jan. 28 in the court of first instance in Dubai, United Arab Emirates, asks that a DDE arbitration award dated Dec. 12 be ruled “void and of no effect.” It asks that the dispute between Blom and three companies be subject to the rules of South Africa and that the arbitration award not be publicized.

Marc De Block, Blom’s lawyer in Antwerp, Belgium, where a similar complaint has been filed, writes via email that it is “regrettable” that Blom had to file the suit but felt he had no choice.

“Mr. Blom has always served and protected the interests of the diamond industry, and this time is no different. Essentially, Mr. Blom was treated very unfairly by the DDE, and I leave it up to the DDE to defend their actions in a court of law…. While the DDE is well aware to have committed very grave errors against my client, and even explicitly acknowledged this, they stubbornly refuse to correct such actions.”

The Dubai Diamond Exchange did not return requests for comment by  publication time.

Blom tells JCK that while the suit probably “played a role” in his stepping aside, he also felt that it was time to move on. He notes that he has now served close to five two-year terms as WFDB president—he also held the job from 2006 to 2008—making him the longest-serving president in the group’s history. He adds that he had planned to step down as president at this year’s Congress in Hong Kong, which is currently still scheduled to be held in November.

“There comes a time when I need to be moving on to other interests,” he says. “I put my heart and soul into the WFDB, and I’m very proud of the legacy I have left.”

His successor, Dvash (pictured below), had been spearheading the new Get Diamonds exchange the group plans to unveil this month, in a challenge to the RapNet platform.

“Our industry changed so much,” Dvash tells JCK. “The world is changing, and we have to make huge adjustments. We have a lot to do.”

He hopes to increase initiatives with other groups and mining companies.

“All of us have to work together,” he says. “Alone, we are not strong. We need leadership to bring everyone forward. I believe in this industry. I believe we have a future.”

He also paid tribute to Blom, saying, “He’s a great guy. He put a lot of years into the federation. I wish him all the best.”

(Images courtesy of the World Federation of Diamond Bourses)