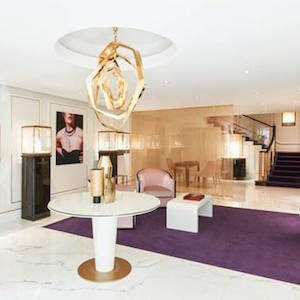 On Monday, de Grisogono USA, the American branch of the Swiss luxury brand that filed for bankruptcy on Jan. 29, filed for Chapter 7 in Southern District of New York federal court.

The filing says that de Grisogono USA was 100% owned by its Geneva-based parent, a red carpet favorite known for its expertise in black diamonds. Last month, the jeweler said it was discontinuing its operations after failing to find a buyer.

“Without financial support from the current shareholders and without a new investor, unfortunately, the company cannot continue as a going concern,” a spokesperson told JCK.

According to WWD, the de Grisogono store was opened in partnership with DLK, headed by David and Lisa Klein. DLK previously ran the Leviev boutique, which occupied the same Madison Avenue space.

A week before de Grisogono’s bankruptcy filing in Switzerland, the International Consortium of Investigative Journalists reported that Sindika Dokolo, husband of Isabel dos Santos, the daughter of the former president of Angola, and Sodiam, Angola’s state-controlled diamond agency, owned the jeweler through a web of offshore shell companies. Sodiam announced plans to divest from the company in 2017.

The company’s bankruptcy attorney did not return a request for comment by press time.