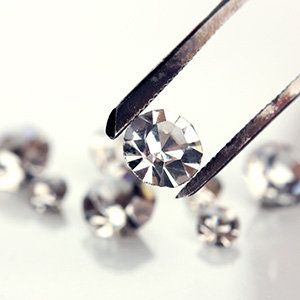 At a forum in New York City Monday, De Beers executives spelled out their vision for the diamond industry of the future, one that is more responsive to changing societal mores and consumer desires.

The presentation was built around the release of De Beers’ latest Diamond Insight Report, which included new research about how younger consumers view love and marriage.

It had four main findings:

– Younger consumers look at marriage differently than in the past.

“We have found that weddings and engagements are now looked at as part of a journey,” says De Beers head of strategy development Esther Oberbeck. “It is not the start of the relationship. It is just another step in it. In the 1980s, two-thirds of marriages took place within two months of engagement. Today, the average is about 10 to 12 months, and a third take over a year.”

In many cases, the marriage takes place after the couple has already cohabitated or had children together. The report found that cohabitating couples now account for 10% of diamond purchases.

And while consumers remain interested in the marriage tradition, “they are looking to enrich the tradition,” and put their own spin on it, Oberbeck says, including the ring.

– They seek products to be in line with their values.

“Many couples want to make sure they are doing the right thing by the planet and by society,” says Oberbeck. “Just walking around New York, to see how many places talk about sustainable food, it’s a huge change. There is a huge pressure on the fashion industry and all industries to be more transparent, more authentic.”

Oberbeck notes that De Beers has undertaken several programs to help improve the industry’s image and ethics, including its Tracr program, which tracks diamonds through the value chain, and its plan to make its mines carbon-neutral by using the carbon-storing properties of kimberlite.

“A decade ago, our focus in a presentation like this would have been on the glitz and the glamour,” said senior vice president of sales Bernard Bradley at the forum. “Today, it’s questions of provenance and our product’s impact through the pipeline. The things that people care about, the things that people hold important, have changed, and will continue to change.”

– Same-sex couples are an increasing factor in the market.

Around 30 countries have legalized gay marriage, and there’s an estimated 600,000 same-sex couples in the United States. All of which opens up a new market for the industry, and it’s a generally receptive one: Around 70% of same-sex couples say they want to commemorate their relationships with diamonds, Oberbeck says.

She notes that same-sex couples are looking for something “more unusual and unique” than their heterosexual counterparts. They also want to feel welcomed at retailers and see themselves represented in store advertising.

While marriage rates have fallen, around 72% of U.S. brides still acquire diamond engagement rings, says Oberbeck. While that’s down from the 80% that acquired them in decades past, that statistic has held relatively steady for the past 10 years, she says. And, despite all the publicity about millennials turning away from diamonds, they acquire diamond engagement rings at the same rate that other generations do.

In fact, millennials tend to spend more on their engagement rings than the average, since they gravitate toward branded items.

Brands have also become more important in general, with branded products now accounting for more than 40% of the value of U.S. engagement rings, up from under 30% in 2015.

The report also found that the average total caratage of rings purchased has increased, to 1.7 carats, up from 1 ct. in 2013, though the center stones tend to be smaller.

That is also reflected in the increasing self-purchase market, she says.

All of this means that there is a lot of opportunity out there for the right brands, especially those that can establish a distinct identity, says Oberbeck.

“It’s a huge opportunity,” she says. “But we need to modernize our communications. You need to talk about your brand purpose, your brand value. If consumers are telling us, it’s no longer about cookie-cutter old-fashioned tradition, that’s an open door for brands to create their own personality and really address their own values. The time for homogeneity is long past.”

And Oberbeck says that the entire industry needs to communicate more to consumers, noting that De Beers plans to spend an additional $10 million on advertising for the fourth quarter.

“This passion for diamonds is ours to lose,” she says. “The industry is doing a lot more than it did a few years ago, but brands will have to work in a different way than 10 years ago. We must be out there. Otherwise, our voice will get drowned out.”

At the forum, executive vice president of marketing Stephen Lussier said that, while De Beers and the Diamond Producers Association are spending more on marketing, that may not be apparent to everyone in the industry due to better targeting.

“A lot of people say we aren’t seeing as much advertising as we used to,” he said. “And you shouldn’t be seeing it. Most of us are not the target. If you see an engagement ring ad and you are my age, we have a problem.”

He admitted that the industry is coming off a difficult year.

“It’s not been easy times, particularly for our upstream and midstream businesses,” Lussier said. “Mines are getting deeper, and deeper means more expensive. Governments want more value from a finite natural resource that is crucial to their economy.”

He argued that in the last year, the industry has faced a “perfect storm” of challenges, starting when last holiday came in below expectations.

“The final two weeks before Christmas, consumer demand took a hit,” he said. “There was the volatility of the American stock market, U.S.-China trade tensions, the government shutdown. It did catch people by surprise. We had low levels of restocking in the first quarter of 2019, and probably producers were slow to react to that.”

Still, he says the market has “been through similar challenges and similar experiences” before, and producers have helped clients with smaller allocations and additional flexibility.

“The rough market supply is back where it should be seasonally,” he says. “With the continuation of good consumer demand, the midstream market will correct, and growth will return in the short to medium term.”

As far as lab-grown diamonds, Lussier was characteristically dismissive, noting that their prices are falling, and they still represent only about 1%–1.5% of the total market, though he conceded they account for an outsize amount of “noise.”