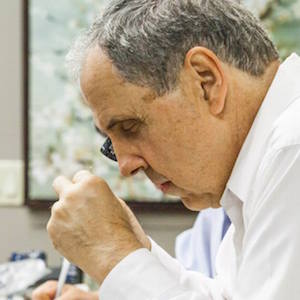 On Saturday, Mark Vuono (pictured), 69, owner of Marco Jewelers in Stamford, Conn., was shot and killed during an armed robbery at his store, according to the city’s police department.

Vuono is the first jeweler killed during a crime since January 2018, according to the Jewelers’ Security Alliance. In 2019, no jewelers were killed during industry-related crimes.

“If you are open and everyone else is closed, that could be a problem,” he says. “There may be people who might just want to rob whatever is open.”

In addition to this incident, on Thursday, a firefight erupted in a jewelry store in Corpus Christi, Texas, which resulted in the wounding of a 20-year-old suspect. He and four accomplices were later arrested.

“It’s very rare to have two robberies that become violent in one week,” Kennedy says.

He warns that jewelers should not become complacent during this crisis, and follow JSA’s standard security advice, including not resisting robberies. He notes that the pandemic might draw out less experienced, and possibly more desperate, criminals who are more likely to use violence.

Flowers outside Marco Jewelers in #Stamford in memory of owner Mark Vuono. The 69 year old was killed during a robbery over the weekend.

"He had such a lovely way about him. He was such a professional, a gentleman…"

Following the shooting, locals flooded social media to pay tribute to Vuono and his store, which was founded in 1974.

“I am overwhelmed with hurt,” wrote one person. “I bought everything from him.… He made you feel like family and not just a customer when you walked through the door at Marco Jewelers. I was always met with a big, warm infectious smile and a handshake. He was so charming you wanted to stay and talk to him.

“The worst is, with the pandemic there will be no services…. Most of Stamford would be at it because Marc was so well loved.”

Wrote another: “I am devastated by this news. What a tremendous loss. My heart goes out to this family. Marco you will be missed. Stamford lost a wonderful citizen.”

Anyone with possible information on Vuono’s shooting should call investigators at 203-977-4417.

UPDATE: An online obituary can be seen here.