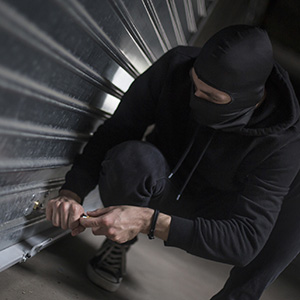 With the new coronavirus (COVID-19) causing many jewelers to close for extended periods of time, owners and managers need to take extra precautions to protect their stores from burglaries, says John Kennedy, president of the Jewelers’ Security Alliance.

If a jeweler is closing for an extended period of time, “we suggest they put all their merchandise away in a safe or a vault and not locked in a showcase,” Kennedy says. “A lot of people don’t put all their things away every night, they feel it’s too much work, or sometimes they will leave low-priced items out. But you can’t leave things out in a showcase for a month. Lock them in a safe or vault. If you don’t put everything away, you become a magnet for crime.”

The JSA also strongly recommends that jewelers not take merchandise home with them, because that makes them a possible target for home invasion.

In general, the JSA has found that in time of crisis, jewelry crime tends to go down, and for the moment, that seems to be holding true. Kennedy says the group has gotten less crime reports than usual over the past week.

“Police are on patrol, and they will see if you’re the one guy still walking around,” he says. “When there are curfews and restrictions, the criminals are less likely to be out and about.”

But there are other potential perils. Kennedy says that jewelers, and others working from home, should be on alert for a possible increase in cybercrime.

“Employees’ computers at home may not have robust protections,”  Kennedy says. “Criminals might be targeting people at home. Make sure that your firewalls, malware, and spam filters are all up to date. If you don’t have them on your home computer, you increase the chance of cybercrime at your firm.”

Jewelers have also asked Kennedy how they should handle it if someone comes in wearing a surgical mask. In that situation, he says, unfortunately, there’s not much you can do.

“They probably won’t remove it, if you ask them,” he says. “And if they’re a criminal, they are certainly not going to remove it.”

Kennedy offered some general crime-prevention tips on episode 13 of the JCK podcast, The Jewelry District, which can be heard here. Other tips can be found on the JSA’s website.