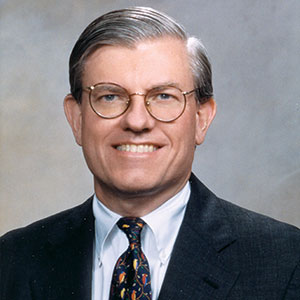 In This Episode
In this episode of The Jewelry District, you’ll hear JCK editor-in-chief Victoria Gomelsky and news director Rob Bates interview John J. Kennedy, president of the Jewelers’ Security Alliance, otherwise known as JSA. Kennedy, with his background in criminal law, crime prevention, and law enforcement, talks about how JSA works to prevent jewelry crime. You’ll hear about what goes on in the minds of criminals, whether guns are a good preventative measure, and what mistakes jewelers often make that could jeopardize the safety of their company.

Show Notes
00:30 Victoria and Rob introduce their guest John J. Kennedy
04:47 Rob asks about the founding and mission of JSA
09:50 How jewelry crime happens
12:37 Discussion of different types of crime, including cybercrime
15:18 Rob asks Kennedy his opinion of jewelers having guns in their stores
18:01 Rob asks about security mistakes jewelers make and preventative measures they can take

John Kennedy, The Man Behind JSA
Rob and Victoria introduce their guest, John Kennedy. He is the president of JSA, and he’s been in that role for the past 28 years. Kennedy has an extensive legal background, serving at different points of his career as an attorney, the assistant commissioner of the New York City Department of Investigation, and the chairman of the New York City Department of Criminal Justice. All of these skills have prepared him for working alongside his team at JSA to prevent jewelry crime, and you’ll hear about his daily workflow that helps to make the industry safer.

The Jewelers’ Security Alliance Founding and Function
The JSA is nearly as old as JCK. Since it was founded in 1883, it has only had four full-time presidents, including Kennedy. That’s some serious dedication. During nearly a century and a half, Kennedy says the mission has not changed—it’s focused on preventing crime in the jewelry industry. You’ll hear Kennedy talk about why he’s so dedicated to the position, and why the association is so valuable—especially when zero jewelers were killed during the commission of a crime last year, which is a first since record keeping began in the early ’80s.

How Does Crime Happen?
Kennedy has accumulated much knowledge on jewelry-related crime. You’ll hear how crime is organized by gangs, who is helping these people, and the ways in which criminals follow jewelry trends to make themselves aware of what’s hot—for the taking.

All Kinds of Crime
Cybercrime isn’t something that JSA focuses on in the way one might think. The cybercrime that JSA is involved with is performed with some human contact, through phone and emails. You’ll hear how criminals build up relationships and establish social connections with jewelers before committing fraud. And those outside of the industry aren’t the only ones committing crimes. Some jewelers get themselves wrapped up in fraudulent ways as well.

Insurance—More Valuable Than Guns?
While jewelers have the right to own a gun, and plenty exercise that right by having one in their store for theft-prevention purposes, Kennedy doesn’t recommend it. He claims there are several reasons why jewelers shouldn’t have a gun in their store. You might not be able to reach your gun in time, and even if you do, you might kill an innocent bystander in the process. Kennedy argues for the importance of having insurance rather than wielding a weapon.

Mistakes Jewelers Make and Some Solutions
Jewelers are human and are bound to make a few errors in their stores. You’ll hear Kennedy talk about some of the most common mistakes jewelers make, such as having too many pieces of jewelry out of the case at one time for display or even forgetting to keep showcases locked at all. To combat criminals, there are measures that can be taken, such as DNA sprays for jewelry or facial recognition. Kennedy argues that retailers must be careful when choosing the latter.