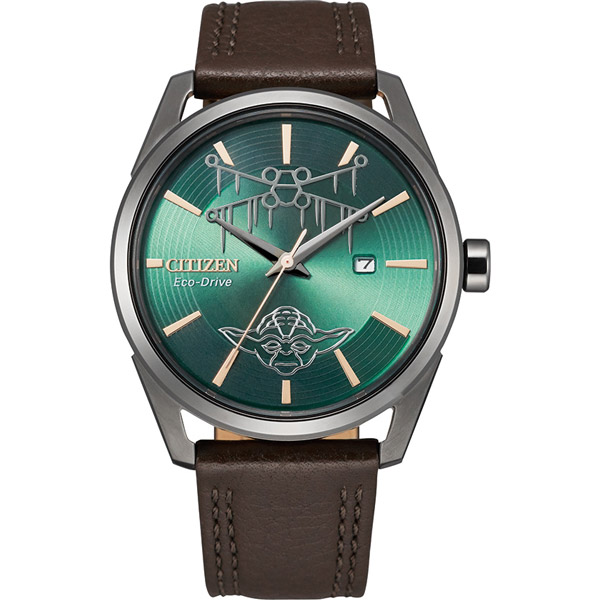 People are partaking in all sorts of activities to keep themselves busy at home these days, but perhaps one of the most common is the viewing of a movie (or three, or four…). It’s a favorite pastime of virtually all people and has been for ages, but now more than ever, movies serve as an escape from our homes, if just for a few hours, taking us to places we either can’t ever get to—or at least can’t get to right now.

Of the movies taking us to fantastical places we’ll never reach—unless you count the created lands of Disney’s theme parks—is Star Wars.

And so today, on May 4, considered Star Wars Day as the play on words “May the Fourth be with you” is too good an opportunity not to deem it so, we celebrate one of the most popular and successful film franchises of all time and one that continues to grow and earn new fans of all generations.

Like most of Citizen’s Disney products, what I love about these watches is their subtlety. They pay homage to The Empire Strikes Back (which celebrates its 40th anniversary this year) but in a way that only fans would really recognize. Your wrist isn’t screaming C3P0 here (though, come to think of it, the shiny golden droid would make a fabulous model for a watch).

The first of the two timepieces is the most abstract: Its orange lines are a visual re-creation of the pattern of the carbon freezing chamber that imprisoned Han Solo in The Empire Strikes Back. At the 3 and 9 o’clock positions, a pair of light sabers—Luke Skywalker’s blue one and Darth Vader’s red one—represents the most iconic battle in the series (even with all the new films added to the series). The timepiece’s caseback is etched with the 40th anniversary logo of The Empire Strikes Back, and the watches are limited to 1,980—a nod to the year it was released.

The latter of the two watches does have more obvious icons, though it still maintains a crisp design that’s not over the top. A rich green dial plays background to an image of everyone’s favorite little weirdo—I mean Jedi—Yoda, who I believe has experienced a major resurgence in popularity thanks to his baby counterpart on Disney+’s Mandalorian series. Above Yoda’s face, a grass-covered X-wing fighter floats, representing the iconic moment in Empire when the little green guy uses the force to raise the aircraft from a swamp. Also limited to 1,980 pieces, it is clearly a crowd-pleasing design—this timepiece has sold out.

Another excellent offering by Citizen in their partnership with Disney, and a timely one at that. Though the release is intended as a celebration of The Empire Strikes Back’s 40th anniversary, we could all use a little bit of the Force right now.