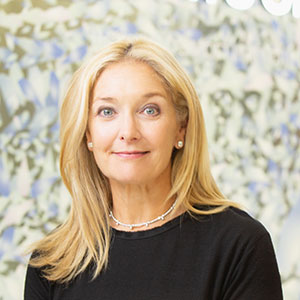 Chow Tai Fook, the Asian jewelry giant that bought Hearts On Fire in 2014, is using that brand’s Boston headquarters to establish a new hub for its North American wholesale operations.

Caryl Capeci (pictured), who has been the president of Hearts On Fire since 2015, has been promoted to CEO of Chow Tai Fook North America, which will oversee both the Hearts On Fire and Mémoire brands, as well as Chow Tai Fook’s diamond jewelry collections and private label offerings.

It’s possible that Chow Tai Fook will add some of its other brands or offerings in the future, says company spokesperson Tricia Spillane. The new office will service jewelry retailers in the United States, Canada, Mexico, and the Caribbean.

Capeci will continue to oversee Hearts On Fire’s global business. Mémoire will continue to be headed by Peter Smith, who joined the company earlier this year, in partnership with founder Doug McDowell.

Chow Tai Fook, the world’s largest jewelry company by dollar value, has been almost exclusively focused on Hong Kong and China for most of its 90-year history. But after buying Hearts On Fire, it has made some tentative steps into the U.S. market.

In 2016, it opened a branded store inside a Macy’s in Flushing, N.Y. The next year, it opened a second boutique in Honolulu, which has since closed.

The Boston office will also oversee the Flushing store.

“Our know-how and scale, combined with the deep local knowledge and experience of the North American team, allows us to deliver deep value to the retail jewelers in North America, setting us apart from the other wholesale partners,” said Kent Wong, managing director of Chow Tai Fook Jewellery Group, in a statement.

Capeci recently talked to JCK for the publication’s 150th anniversary. She will be honored by the American Gem Society with a Triple Zero Award this summer.