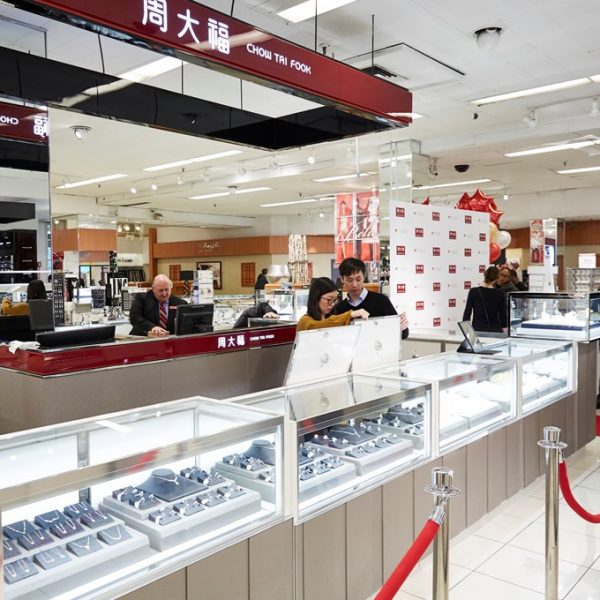 Chow Tai Fook, the world’s largest jewelry company by dollar value, has opened a second boutique in the United States.

The Asian powerhouse’s new boutique will open at the T Galleria by DFS in Honolulu, Hawaii, close to famed Waikiki Beach. The store is opening in partnership with DFS, the Hong Kong–based luxury travel retailer that is majority owned by LVMH.

The boutique covers approximately 970 square feet and will offer gem-set jewelry, fixed-price gold products, and platinum and gold jewelry, as well as items from Hearts On Fire. Chow Tai Fook bought the Hearts On Fire brand in 2014.

In November, the 2,000-store retailer opened a branded shop at a Macy’s in Flushing, Queens, N.Y. (pictured), its first store in the United States.