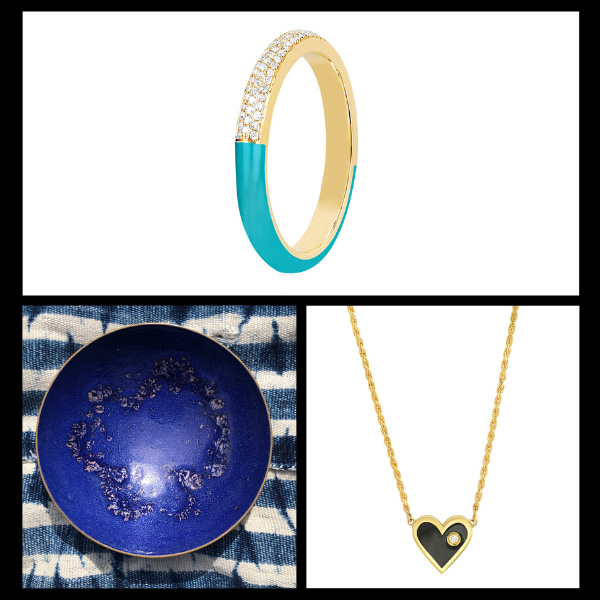 There are a lot of feelings happening right now, and white allies of the Black Lives Matter movement are being urged to listen, learn, and educate themselves on the plight of black Americans and all BIPOC.

They are being urged to take an active role in dismantling systemic racism by having uncomfortable conversations with peers, adversaries, and people who don’t look like them.

There is also a call to nurture anti-racist values in young children, and to accept and understand not only what white privilege means in 2020, but also what it has meant for centuries.

But as JCK has been saying repeatedly, there is so much work to be done.

And more than a few jewelry companies are committing to change by donating to organizations and causes that align with, and further, the goals of the Black Lives Matter movement while realizing activist goals of diversity, equality, and justice.

The National Association for the Advancement of Colored People (NAACP) has been a popular recipient of the jewelry industry’s attentions: Lauren Godfrey of Harwell Godfrey who recently posted that sales of this pendant has resulted in $54,536 going to the organization, is one example.

Designer Brent Neale has resurrected a selection of her quarantine-time floral paintings, selling them for $300 each, donating 100% of the proceeds to the NAACP while personally matching the same amount for each painting sold.

Bridal jewelry mega brand Tacori has also announced a donation to the NAACP.

JCK recently reported on a collaborative effort led by the jewelry-branding agency For Future Reference that will gather donations from 50 well-known fine jewelry brands and public relations agencies to amass a $50,000 endowment at the Fashion Institute of Technology that creates ongoing scholarships and mentorships to support black students attending the school’s jewelry design program.

And the efforts do not stop here in the United States. Italian jewelry company Vendorafa is working to create a scholarship program in partnership with the Mani Intelligenti Foundation (Smart Hands) to sponsor a scholarship initiative for black students to be trained with the best new generation of master goldsmiths in Valenza, Italy, followed by internship opportunities in 2021–2022.

More organizations to help you take action, below.

For nearly 100 years, the American Civil Liberties Union has been our nation’s guardian of liberty, working in courts, legislatures, and communities to defend and preserve the individual rights and liberties that the Constitution and the laws of the United States guarantee everyone in this country.
Who’s donating: Larkspur & Hawk, Eva Fehren, EF Collection

Black Girls Code
The purpose, according to the organization’s website, is “to increase the number of women of color in the digital space by empowering girls of color ages 7 to 17 to become innovators in STEM fields, leaders in their communities, and builders of their own futures through exposure to computer science and technology.”
Who’s donating: Deborah Pagani (see details below)

Black Visions Collective
According to the organization’s site: “BLVC is committed to a long term vision in which all Black lives not only matter, but are able to thrive…. [It] believes in a future where all Black people have autonomy, safety is community-led, and we are in right relationship within our ecosystems.”
Who’s donating: Jennifer Gandia

Color of Change
From the organization’s website: “Color Of Change is the nation’s largest online racial justice organization. We help people respond effectively to injustice in the world around us…. We move decision-makers in corporations and government to create a more human and less hostile world for Black people in America.”
Who’s donating: Greenwich St. Jewelers (via sales of these masks)

The Conscious Kid
Donations to this education, research, and policy organization dedicated to reducing bias and promoting positive identity development in youth go to a fund that helps to get children’s books from the Conscious Kid’s “41 Children’s Books to Support Conversations on Race, Racism, and Resistance” into classrooms across the country.
Who’s donating: Kendra Scott

Fair Fight Action
Founded by Stacey Abrams, the goal of this organization is to promote fair elections in Georgia and around the country, encourage voter participation in elections, and educate voters about elections and their voting rights.
Who’s donating: Wilson’s Estate Jewelry, Fox & Bond, EF Collection

Loveland Foundation
Loveland Foundation is committed to showing up for communities of color, with a particular focus on black women and girls. Its resources and initiatives “prioritize opportunity, access, validation, and healing.”
Who’s donating: Kendra Pariseault, Jemma Wynne, Halleh

Reclaim the Block
Founded in 2018. this Minneapolis-based nonprofit “organizes Minneapolis community and city council members to move money from the police department into other areas of the city’s budget that truly promote community health and safety.” Reclaim the Block, according to its website, believes “health, safety and resiliency exist without police of any kind” and focuses on initiatives to reduce reliance on police departments.
Who’s donating: Jennifer Gandia

And a few more that deserve your attention and support:

Black Trans Advocacy Coalition
Established in 2011, BTAC is the only national organization led by black trans people to collectively address the inequities faced in the black transgender human experience.

Dream Defenders
According to its Instagram:  These are “young, powerful people organizing towards a new vision for safety away from prisons.” Members of its various “squadds” are”fighting for the future we deserve; a future with no cages, violence, or corporate greed.”

Race Forward
Since 1981, Race Forward has worked to bring an innovative approach to complex race issues to help people take effective action toward racial equity. Today, the organization is home to the Government Alliance on Race and Equity (GARE), a national network of local governments working to achieve racial equity and advance opportunities for all.

For more resources, you can also consult this very thorough, well-researched, and super helpful Google doc created by Hannah Becker (aka @diamondoodles).

Top: A trio of June charitable initiatives, clockwise from top: 20% of EF Collection jewelry sold (including this diamond, enamel and 14k gold ring), will go to NAACP, ACLU, and Fair Fight Action. 100% of the proceeds from this diamond-accented heart necklace in enamel and gold by Established will benefit the Art Smith Memorial Scholarship Fund. Designer Sarah Hendler is donating 100% of the proceeds from her jewelry dishes to Questbridge, a national nonprofit that connects the nation’s most exceptional, low-income youth with leading colleges and opportunities.