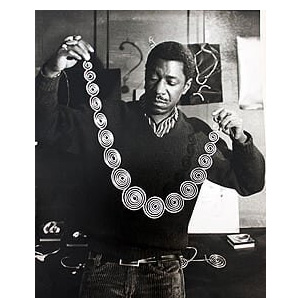 The Art Smith Memorial Scholarship Fund, named in honor of the late black jewelry designer Art Smith, one of the leading modernist jewelers of the mid-20th century, is funded by a coalition of 50 well-known fine jewelry brands and public relations agencies (see the full list in the graphic below).

“People of color are historically underrepresented in the jewelry industry and our goal is to turn that statistic around—with your help—one student at a time,” reads the foundation’s landing page. “We stand with the black community and with all victims of racism. We will continue investing our time, energy and resources to support communities that have been historically marginalized, and we will increase our efforts to fight for the systemic changes that are so urgently needed.”

Randi Molofsky, cofounder of For Future Reference, tells JCK, “Education is the great equalizer, and so we wanted to put our dollars toward a lasting initiative that would support students for years to come.”

Molofsky added, “The lack of black jewelry designers in the jewelry industry is, frankly, a major issue, and the change starts with access. By creating an open endowment, the money reinvests and grows along with all of the generous donations from the industry and beyond.”

Arthur George “Art” Smith (1917–1982) was born to Jamaican parents in Cuba. His family settled in Brooklyn, N.Y., in 1920, and Smith showed artistic talent at an early age. After graduating from Cooper Union, he took a night course in jewelry-making at New York University, which—in conjunction with his friendship and eventual apprenticeship with Winifred Mason, a black jewelry designer who became his mentor—set him on the course of his adult artistic life.

He specialized in bold, wearable sculpture that was worn and beloved by modern dancers and celebrity clients including Duke and Ruth Ellington. Influenced by surrealism and African motifs, his silver, brass, and copper pieces were designed to move with the human body.