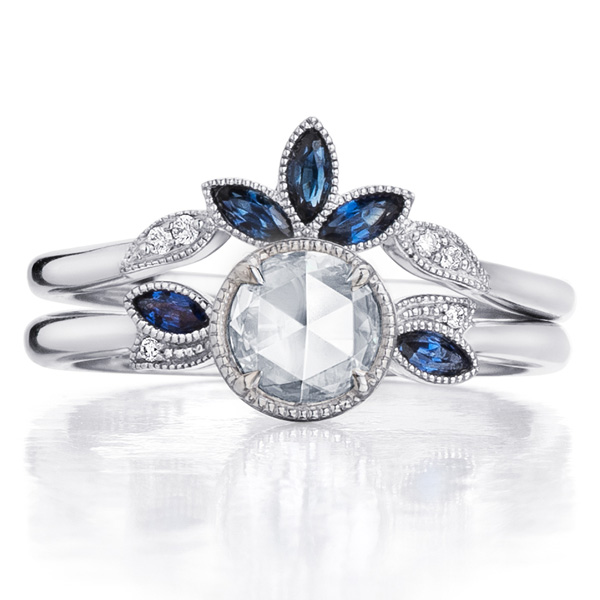 When it comes to brands that specialize in wedding jewelry, Kirk Kara was one of my first favorites—and still is. It was the family that got to me first: An interview I did with namesake Kirk Karaguezian, alongside his daughters, Angela and Grace, had me enamored before I even saw most of the jewelry.

But the designs were just as good then as they are now, except currently, there’s a new perspective at work. It was announced just around this time last year that Angela Karaguezian Kassabian and Grace Karaguezian Terezian were taking up the positions of co-creative directors for the brand, letting their father, Kirk, take on more of a mentorship role.

It makes sense, then, why these new designs—among other efforts, like a new website—would appeal to a younger generation of shoppers. As the fourth generation to be involved in the family business, the women have been repositioning the brand’s line to reflect their own pieces of design while maintaining the handmade work Kirk Kara is known for. There’s a price point angle, too, with retail prices starting at $700—which is good, since younger consumers reportedly aren’t looking to drop more than $2,500 on an engagement ring.

This set, to me, is the ideal find. It’s got everything someone whose tastes mirror mine could want: a rose-cut diamond center (so yummy), sapphire accents for that forever pop of blue, botanical detail that’s so sweet, and a matching wedding band that adds volume to the piece, while fitting with it perfectly.

You can see this ring along with other new (and classic!) styles during the Luxury by JCK show, at booth LUX1012.