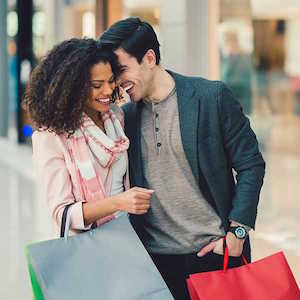 An overwhelming majority of Generation Z and millennial consumers feel an engagement ring should cost less than $2,500, according to a new study from TD Ameritrade on young Americans and marriage, conducted by the Harris Poll.

Perhaps the most striking number: More than 80 percent of Gen Z shoppers feel that their engagement rings should cost less than $2,500.

The survey found that women of all ages expected to spend less on engagement rings than men, although there was a smaller gap between younger men and women shoppers than among the older consumers.

The survey also found four in 10 millennials plan to foot the bill for their own weddings, while only 7 percent of parents expect that they won’t contribute.

The survey was conducted online by the Harris Poll on behalf of TD Ameritrade from February 28 to March 14, 2019, among 3,054 U.S. adults and teens ages 15 and older. The full study, titled “Young Americans & Marriage Survey,” can be seen here.