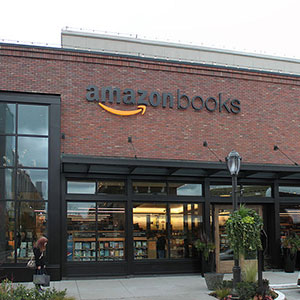 Opening brick-and-mortar stores creates a “halo effect” that drives consumers to the retailer’s website, according to a new study that tracked web traffic and consumer awareness among retail brands.

The survey, commissioned and released by the International Council of Shopping Centers (ICSC)—which, we should note, is not a disinterested party—concluded that “physical stores operating in harmony with healthy digital channels creates a powerful synergy.”

– Opening a new physical store boosts web traffic in that store’s market by an average of 27 percent.

– The effect is even stronger for emerging brands, defined as those less than 10 years old. For new brands, opening a store drove an average 45 percent increase in web traffic. For older, more established brands, the increase averaged 35 percent. And for apparel retailers, the increase was 26 percent.

–  Even a 5 percent increase in physical stores in a market increases digital engagement and online traffic. But the opposite is also true: When retailers close stores, web traffic plummets. In one retailer’s case, after it closed stores, its share of web traffic declined as much as 77 percent.

– Retail stores act as billboards for brands. When retailers have stores in markets, they enjoy higher consumer awareness and stronger brand perception.

Even today, brick-and-mortar stores enjoy certain advantages, the study argues: They allow shoppers to touch, feel, and experience the products that they are buying. They allow retailers to collect in-depth consumer data beyond what’s possible online. The cost to acquire consumers is also lower in physical stores than online.

“The clicks-versus-bricks debate is over,” said Tom McGee, president and CEO of ICSC, in a statement. “What we are seeing now is a retail renaissance as both new and established retailers are investing in their stores and reinvigorating their physical presence.”

In the jewelry business, e-tailers Blue Nile, James Allen, and Brilliant Earth have all opened, or are opening, physical stores.