The movement toward genderless design—jewelry made for everyone, not just women—was reinvigorated last week with the debut of a 20-piece high jewelry collection designed for both men and women from legendary jewelry house Boucheron.

The maison’s Histoire de style: Art Déco collection, created for Paris Haute Couture Fashion Week (which was virtual this year), puts an inclusive spin on art deco motifs, shapes, and forms pulled from the brand’s cavernous archives by showcasing both male and female models in the collection’s catalog.

But the styling wasn’t the only element that challenged gender codes—the jewels themselves subverted stereotypes. A stunning deco lariat necklace recalled a necktie, while a white gold headband peppered in a diamond chevron pattern was seen worn by a male model as a cummerbund topper.

Boucheron’s creative director, Claire Choisne, tells JCK, “The collection is about heritage, looking at the past with…a modern vision. Art deco came naturally, as it’s a favorite historical style for [Boucheron CEO] Hélène Poulit-Duquesne and me.”

Choisne wanted to spotlight Boucheron’s art deco roots, but also create jewelry that looked and felt modern. She and her team delved deeply into the house’s archives, spanning from the 1920s to the 1940s, “to best understand what really is art deco at Boucheron,” Choisne says. “It was quite a surprise as there were a lot of pieces to refer to, and many ways to accomplish art deco. I decided to choose pieces I love based on aesthetics, then tried to understand them.”

And eventually the designers established “a recipe based on three antagonisms: pure lines but opulent designs; black and white, with just a touch of color; and masculine and feminine,” Choisne says. With those parameters in place, creating coherence within the collection came more easily.

Designs were fabricated in platinum and white gold—the metals of art deco—and set with diamonds, onyx, rock crystal, and, in several designs, vivid green emeralds. Thin lines of glossy black lacquer (not enamel, the brand stressed) were utilized to add definition to the design’s classic deco geometrics. The lacquer was used “for volume that is very thin,” while onyx was deployed “for bigger volume,” Choisne explains.

“This assortment of color also brings modernity to the creation, and is for me the three ‘colors’ that reflect perfectly what art deco is for everyone.” 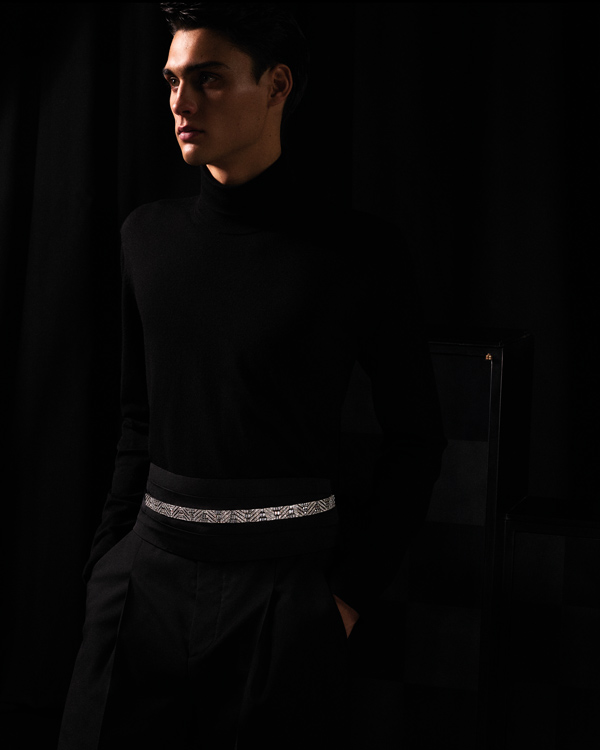