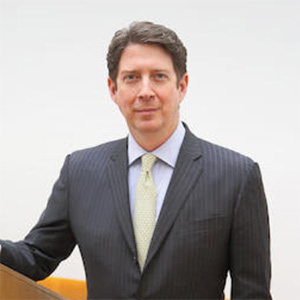 O’Connor (pictured) will also join the company’s U.S. executive team. He begins at Bonhams in November.

American-born O’Connor has more than 24 years’ experience in the jewelry auction sector and has worked in Asia, North America, Europe, and the Middle East. He joins Bonhams from Sotheby’s Geneva, where he has been based for the last 16 years. Prior to taking on the position in Geneva, he served as head of jewels for Sotheby’s Hong Kong.

During his time at Sotheby’s Geneva, O’Connor helped bring to market some of the most valuable and important diamonds and gemstones ever to appear at auction, including the Beau Sancy diamond, the Sunrise ruby, and the Apollo and Artemis colored diamond earrings. He was also closely involved with the sale of the jewelry collections of Maria Callas, Gina Lollobrigida, Countess Henckel von Donnersmarck, and the forthcoming auction of the jewels of Marie Antoinette.

O’Connor holds a graduate gemologist degree from the Gemological Institute of America. Prior to joining Sotheby’s, he worked at the Christie’s and Phillips auction houses in New York City and Los Angeles.

“[O’Connor] has an excellent track record and is extremely well regarded within the industry,” said Bonhams global head of jewelry Jean Ghika in a statement. “I am particularly looking forward to working with him to further build our presence in the U.S. and Asia, which are some of the most important and fastest-growing markets for jewelry.”

Bonhams, a 225-year-old auction house based in London, was purchased last month by private equity firm Epiris Fund II. It has lately been beefing up its jewelry department: In January, Ghika, a 25-year auction house veteran, was appointed global head of jewelry, succeeding Matthew Girling.