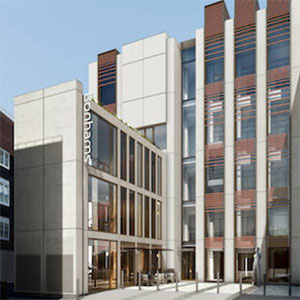 Bonhams, the 225-year-old action house that specializes in jewelry, art, and antiques, has been acquired by British private equity firm Epiris Fund II.

Bonhams, based in London, is currently owned by two private shareholders, Robert Brooks and Evert Louwman. Financial terms were not disclosed.

The auction house was first reported to be up for sale earlier this year.

“We have always had the intention one day to pass on the business to a new owner who shares our long-term vision for Bonhams,” he said in a statement.

Brooks, a former Christie’s director, first purchased Bonhams in 2000, merging it with his own company to form Bonhams & Brooks. The next year, it purchased auction house Phillips Son & Neale in a deal that gave 49 percent ownership of the new company to luxury conglomerate LVMH, which then owned Phillips. The new combined company also changed its name back to Bonhams.

In 2002, Bonhams purchased another noted auction name, Butterfields, which was then owned by eBay. In 2005, LVMH sold its stake back to the company.

“Bonhams is one of the world’s oldest auctioneers—and one of the most ambitious,” said Girling in a statement. “During the past 20 years we have pursued a growth strategy that has turned the company into a truly global organization.”

This story has been updated to include the news that Brooks is retiring from the company.