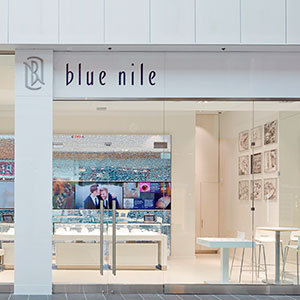 Kari Gray Hoff, the company’s current director of merchandising, is leaving to “pursue other opportunities,” it said.

Zimmerman started with Zales as an assistant buyer in 2002, eventually becoming director of merchandising. In 2014, she was promoted to the retailer’s vice president of merchandising. While at Zales, she developed and launched multiple proprietary collections, increased margin contribution, and partnered with iconic designers and brands, according to the statement from Blue Nile.

In 2014, Zale Corp., the parent company of Zales, was purchased by Signet Jewelers. Last year, Signet also snapped up James Allen, the pure-play jewelry e-tailer that has emerged as Blue Nile’s main rival.

As the company’s statement notes, Zimmerman is Blue Nile’s fifth addition to its C-suite since October, and the second major appointment that it’s made in the last two weeks.

Earlier this month, the company appointed Bill Koefoed, a veteran of Microsoft and various tech companies, its chief financial officer.

In September, it brought on Proctor & Gamble veteran Erin Daley as its chief marketing officer and Apple alumnus David Fleischman as its chief product officer.

Zimmerman reports to Jason Goldberger, a Target veteran who came on board following the e-tailer’s purchase by Bain Capital in 2016. Zimmerman is relocating to the Seattle area from Dallas.

“Katie brings a unique eye and thoughtful analysis to merchandising bridal and fashion jewelry categories,” said Goldberger in a statement.