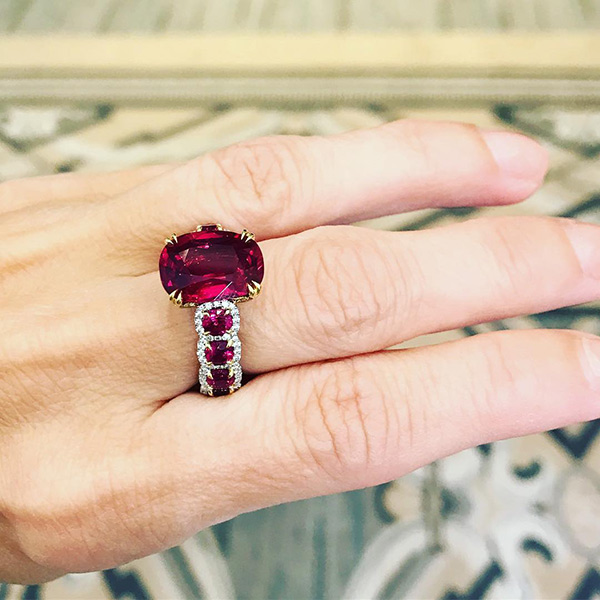 I spend a fair amount of time scouting jewelry at press previews and trade shows in NYC and this post recaps some of my favorite moments of 2017. You’ll notice there’s a pretty obvious gap between March and August—I wasn’t able to cover JCK Las Vegas this year because…I had a baby in April.

So I’ve limited the below to pieces I saw live in the flesh and still remember fondly. Can’t wait to start it all up again at JCK Tucson. Exhibitors, get ready!

All images taken by me, most via @aelliott718 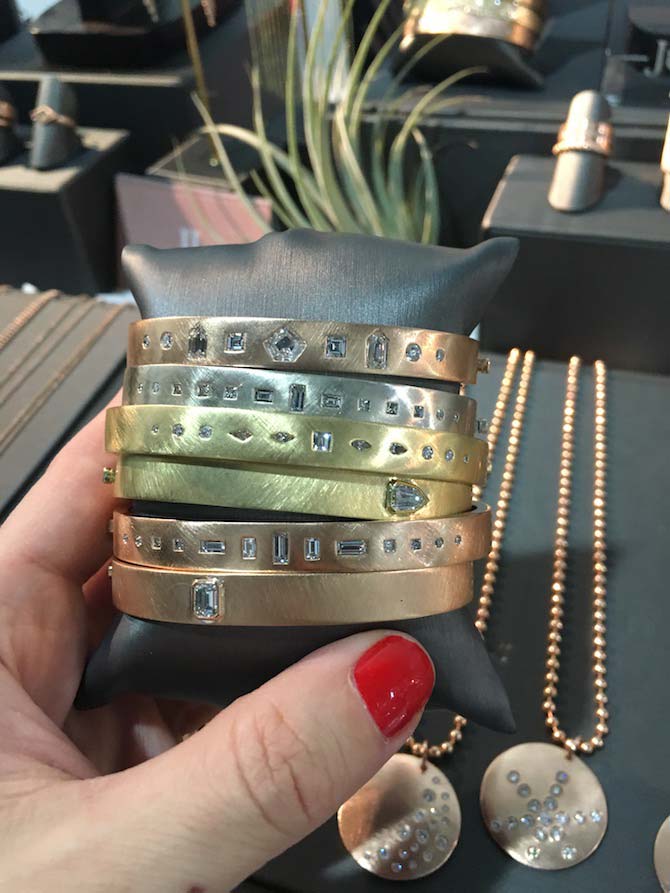 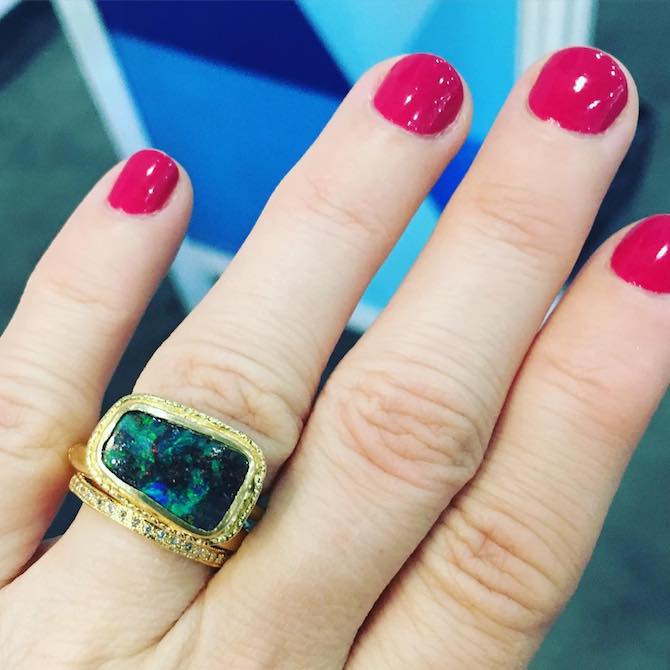 Met Aussie designer Mia Chicco, among other designers, at the JANY show, when I was just about eight months pregnant. In October, I revisited this ring, and wrote a post about Chicco’s access to incredible opals in her native Sydney. 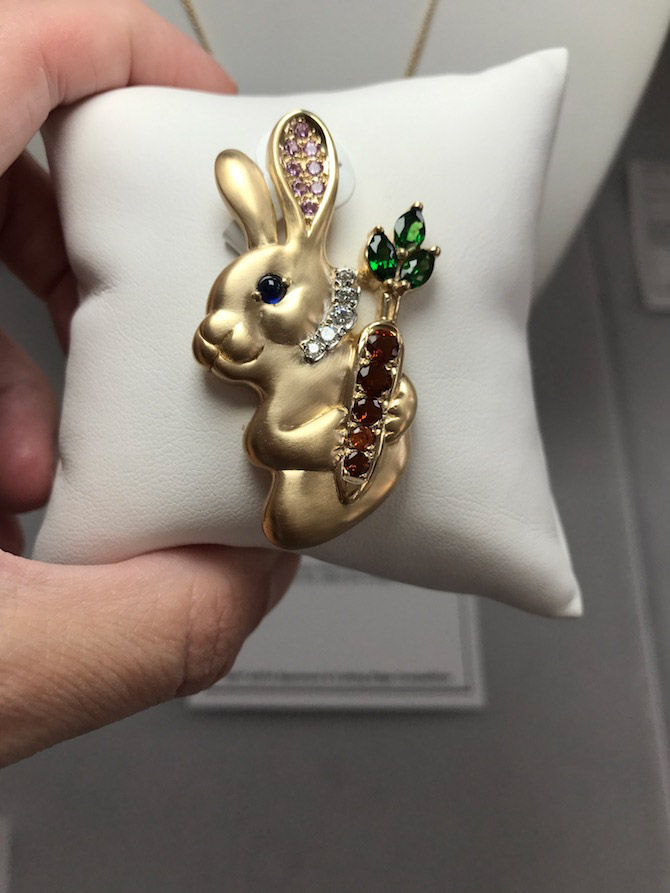 After my maternity leave, I got back into the swing of things at the AGTA Spectrum awards, where I spotted this adorable jeweled rabbit brooch by Rémy Rotenier. I wish I’d known about it when I curated this roundup of rabbit-themed jewelry in April, ahead of Easter weekend. (Fun fact: I wrote and filed that story the day my water broke, before we went to the hospital.) 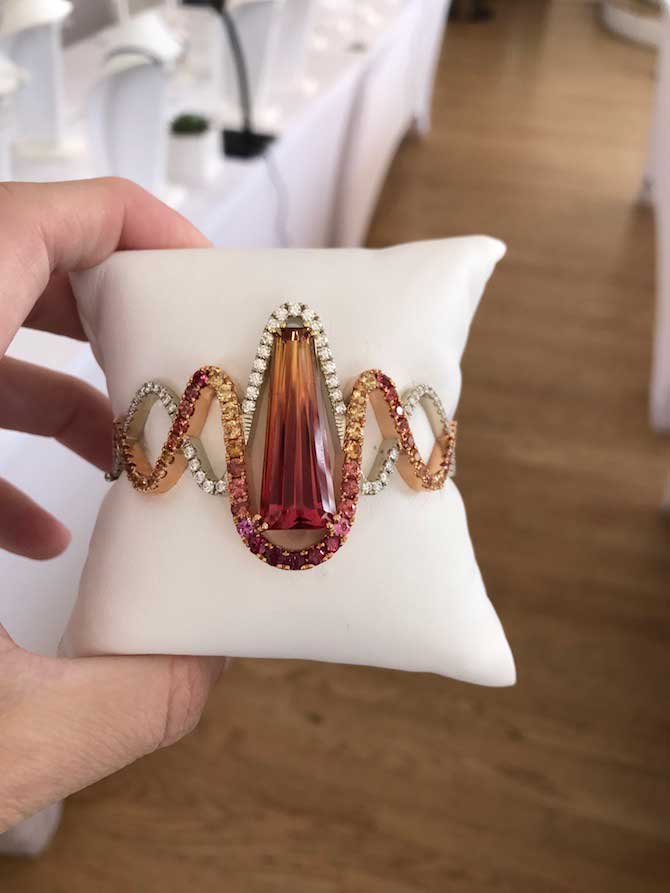 Another standout from the AGTA Spectrum Awards that was so spectacular it warranted its own story. If it hasn’t yet sold, I hope to see it again at JCK Tucson in February. 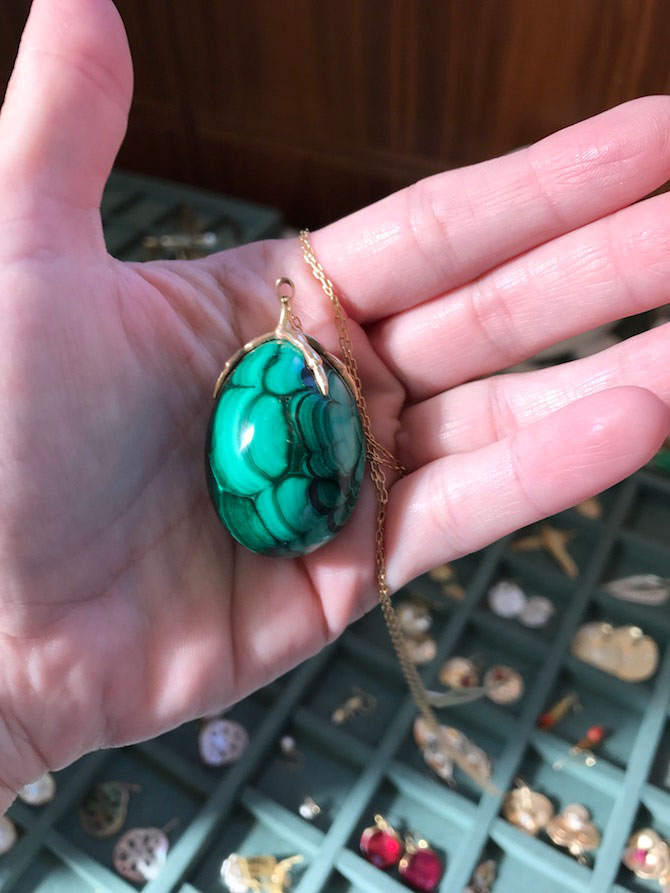 Getting to meet designer Annette Ferdinandsen was a highlight of the Melee Show, an invite-only, under-the-radar situation in NYC where I saw such great things. I’ve been laser-focused on malachite jewelry throughout 2017, starting all the way back in January. So when I laid eyes on Ferdinandsen’s malachite egg pendant, with its long, swingy chain and talon-like bail? Mind. Blown.

For more about malachite, pick up our January–February issue when you’re at JCK Tucson—you’re going to want to stock up on this stone. Trust us. 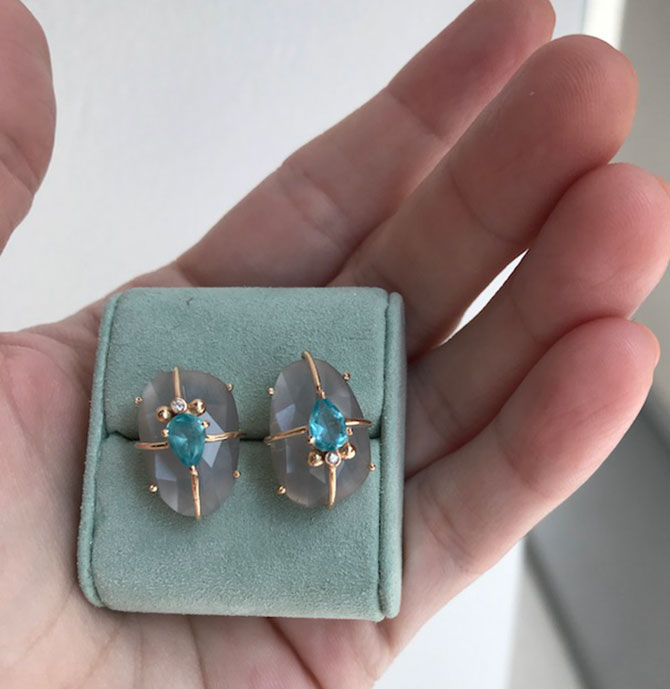 I shot these earrings at Metal & Smith on the day of the eclipse. And just like that, I fell irrevocably under the spell of Lori Friedman, and her exquisite line, Loriann Jewelry. Friedman imagines the most captivating color combos you’ve never thought of and brings them to life by layering gems upon gems upon gems. 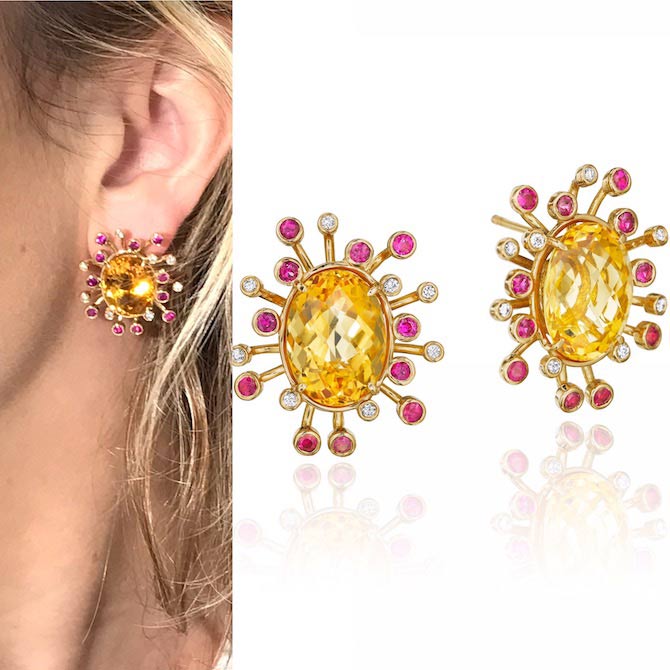 Oh, what I would do to make these Yoki Collections earrings mine! Another Metal & Smith find, and a pair featured in this roundup of button earrings. 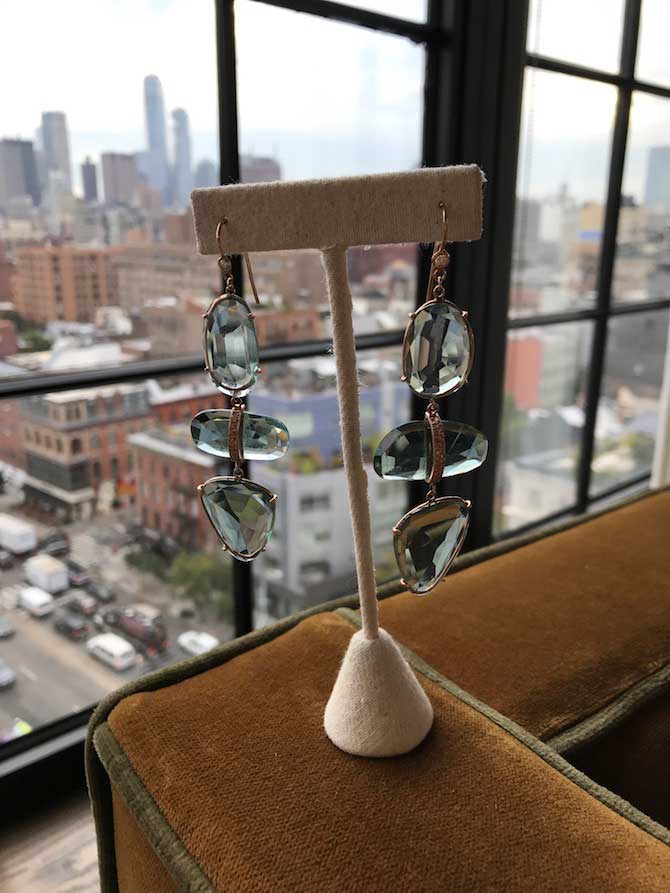 I have a vintage fluorite ring, one of the first pieces I bought when I began collecting. It is the color of mouthwash and I adore it. I never see fluorite at market so when I spotted these fluorite earrings at a Jacquie Aiche preview, I fell hard for them. Minty and marvelous! 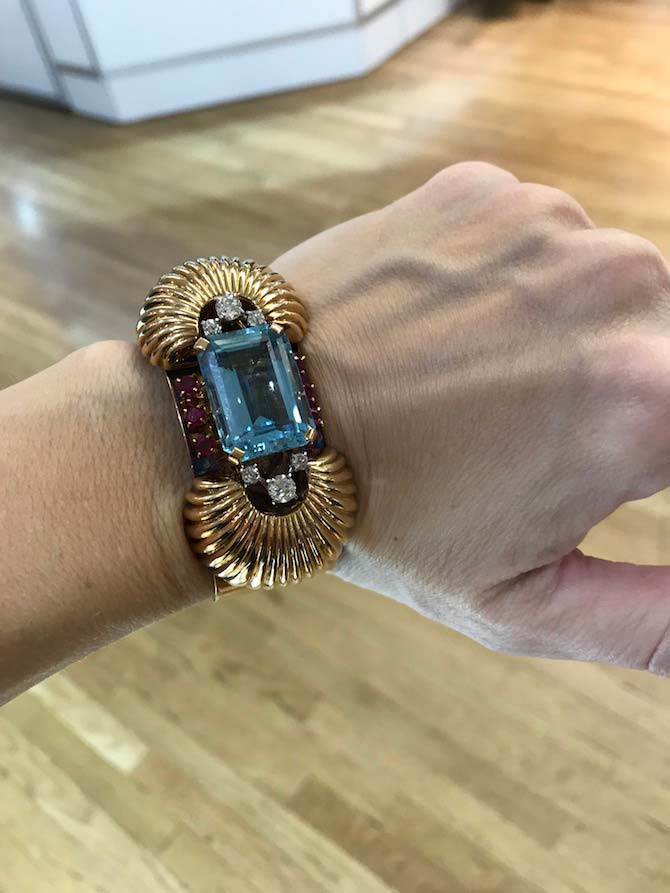 Took my mom and the baby to the NYC Jewelry & Watch Show where I had the pleasure of trying on this stunner at Camilla Dietz Bergeron. It’s 1940s Cartier, and yes that there is a giant aquamarine surrounded by rubies. 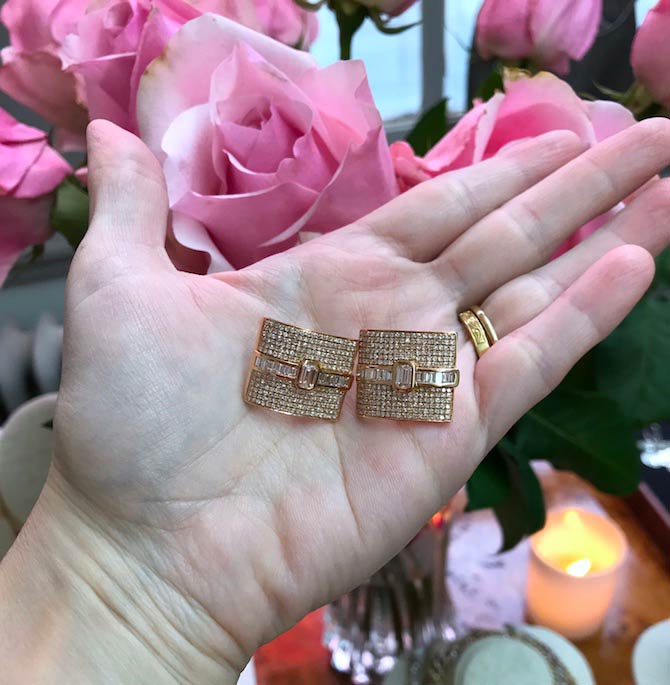 Rose (gold) + roses: I was smitten with these Shay earrings at the For Future Reference preview, held at the FFR NYC showroom. Further proof that statement-y button styles are on the rise… 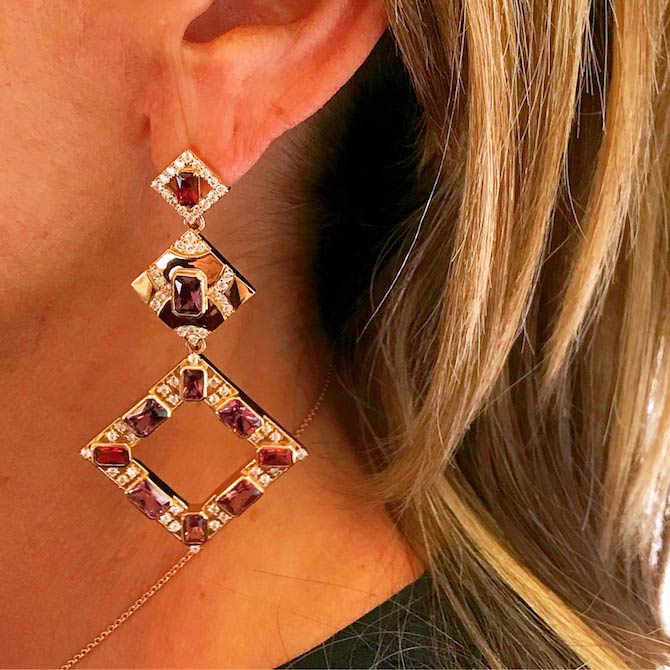 Designer Gina Ferranti of GiGi Ferranti picked up a lovely parcel of lavender-to-deep pink spinels at JCK Las Vegas, and I wrote about how she planned to use them (note the sketch at the bottom of the post) way back in August. I got to see the finished product at a London Jewelers event, held in the store’s Oculus location. Modeled by the designer herself. (Spinel lovers take note: You’ll find more on the gem, and this gorgeous shade, in JCK‘s January–February issue.) 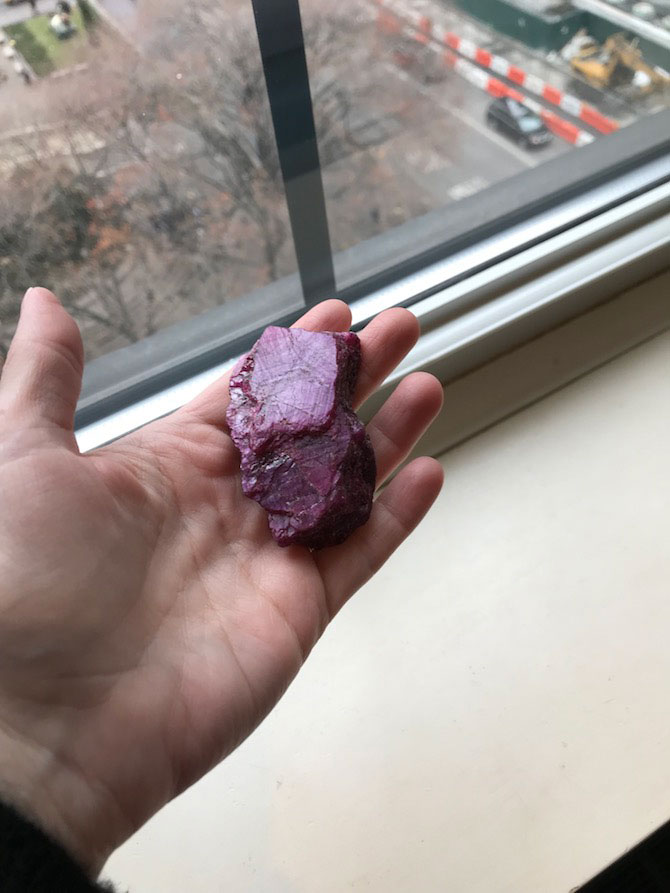 There was so much beautiful ruby jewelry at the Ruby: The King of Gems breakfast launch at Bergdorf Goodman (see my coverage of the event and review of the book here) that it would be hard to single one out. Besides, none had the effect of holding 493.23 carats of rough ruby from Mong Hsu mine in the palm of my hand. That was something. 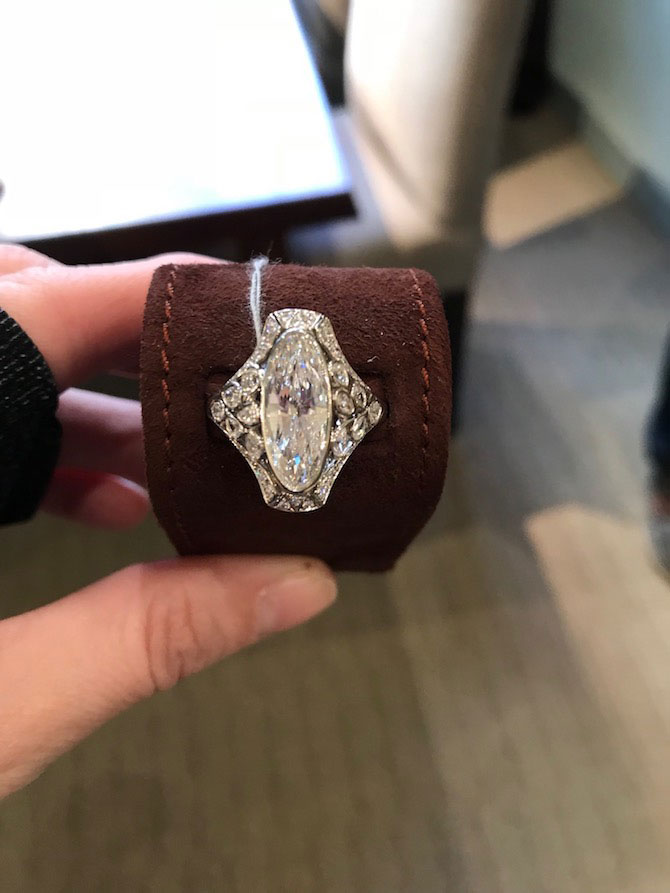 Spotted just in the Nick (get it?) of time to make it into our 2018 Engagement Ring Trend report. One of many impressive baubles presented at a holiday event held at McTeigue & McClelland’s NYC atelier. 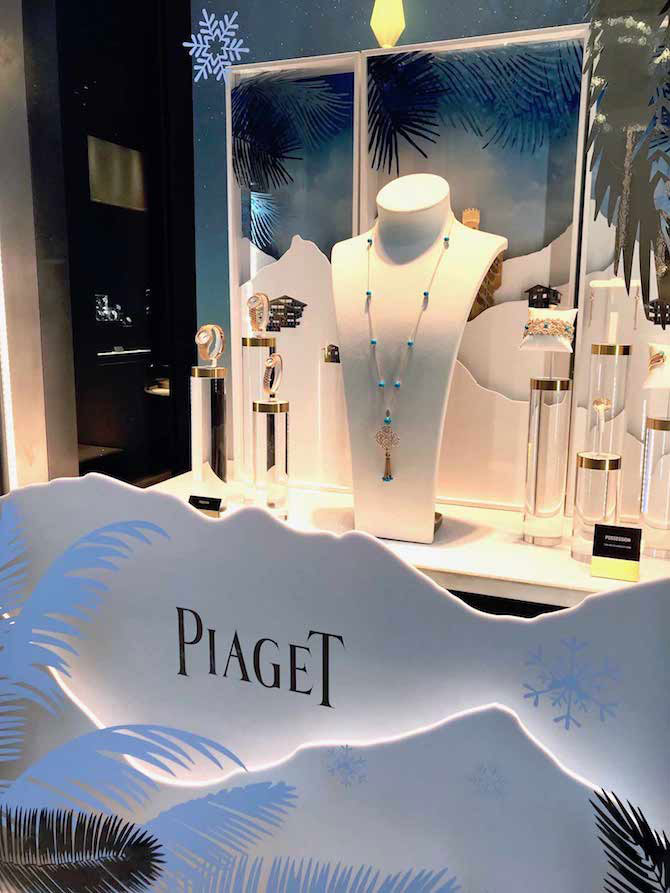 Part of the holiday window display at Piaget on Fifth Avenue—I was pleased to see a necklace with turquoise beads front and center—it would have just to the thing to include in this month’s roundup of glamorous turquoise jewelry.