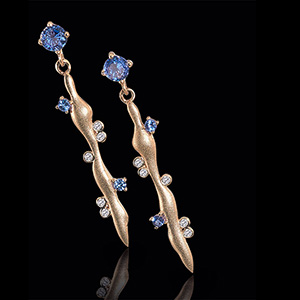 When it comes to precious metals, gold is king. It’s not for nothing that the word is shorthand for top of the tops: gold standard, go for the gold, heart of gold, and so on. Many jewelry designers, including the ones here, begin with silver but eventually build their way up to gold. “It’s so rich,” says Diane Dorsey, “and not just because it’s expensive. The color is so beautiful.” Asked about the gravitational pull to the metal, Loren Nicole responds with a tale from the pre-Incan culture of Moche. A priest, the Lord of Sipán, stood atop a pyramid, dressed entirely in gold. “He’s reflecting so much, he looks like the sun,” she observes. “That’s such a powerful image, and it always stayed with me.”

Here are five talents, each bringing that storied element to new heights with their own alloys and their own takes on good design. They’ve got the—what’s the phrase?—golden touch. 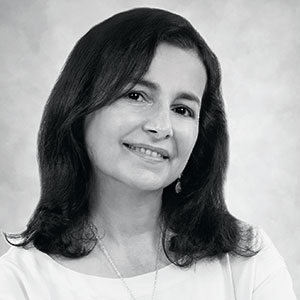 As the daughter of an antique collector, Connecticut native Lori Friedman got an early education in Jewelry 101. “I’d call it treasure ­hunting,” says Friedman of the childhood trips to Vermont and Massachusetts and their numerous antique shops. “I loved it, and it was through that experience that I became attracted to vintage jewelry.” Her early designs often incorporated these finds—pre-ban carved ivory pendants on a bejeweled chain, for instance.

After introducing Loriann Jewelry in 2001, the former graphic designer is making her first foray into a full-blown gold line ($800 to $5,000). “I’m self-funded, so I had to wait until I was at a point where I could afford to do this,” explains Friedman, whose collections range from Organique and Mediterranean, both of which find ­inspiration in Mother Nature, to Amuleto (talismanic pieces like horns) and Moderne (linear and Art Deco–like). Still, it’s the stones that take center stage in her oeuvre: opals, amethysts, lapis, and diamonds, which she ­layers to alluring and breathtaking effect. Friedman—who’s also a watercolor artist—treats her gems not unlike paints, creating beautiful color combinations. She dabs a fire opal here, brushes a stroke of pavé diamonds there. “There’s a lot of fluidity to my designs as well as my watercolors,” she says. “I think of it as organic elegance.” 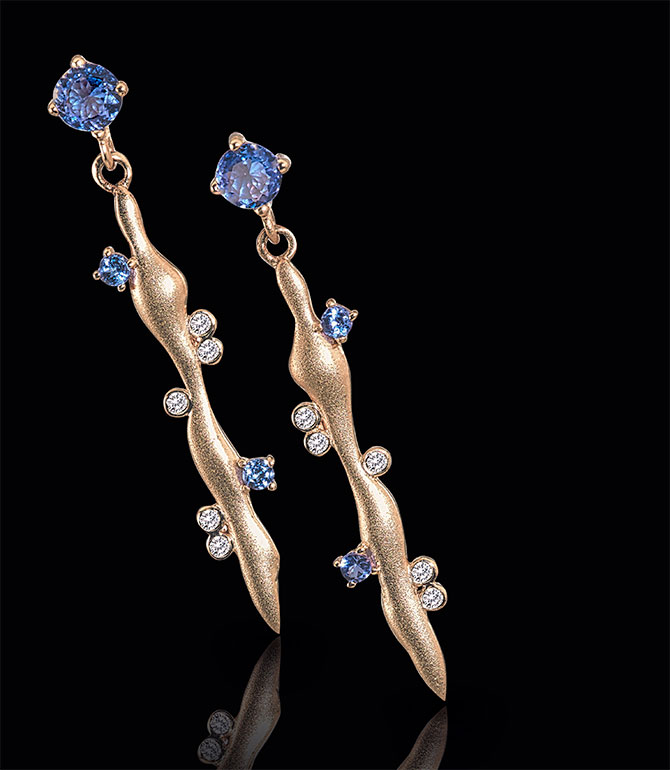 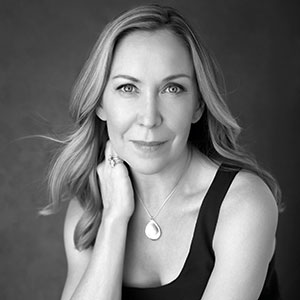 Nature looms large in Diane Dorsey’s collection, and it all traces back to personal moments in her life. The clover motif, for example, stems from her childhood in Ohio—“there are fields of grass everywhere and, as a little girl, I would search for clovers,” she recalls—while the thick cross shapes hark back to her days living in New Mexico and the ­staurolites she ­uncovered while hiking. Her latest rose designs, which feature petal pendants and gems in calyx-like settings, take their inspiration from the roses outside her new home in Santa Barbara, Calif. And also from her grandmother, “who had spectacular rosebushes,” she adds.

Dorsey’s interest in jewelry began five years ago, when she designed a clothing line with her husband, Ronald Helman, called Dorsey Helman, and created a few accompanying jewelry pieces. After they sold the company, Dorsey forged ahead with her own line ($120 to $7,650), which uses recycled metals and ethically sourced gems, in 2015. Her training with Santa Fe artists gives her work a decidedly sculptural feel, so much so that her tag line is “sculpted adornment.” Of her serene artisanal ­sensibility, Dorsey explains that she subscribes to the Japanese philosophy of wabi-sabi: “I don’t like things too perfect. That’s not who I am.” 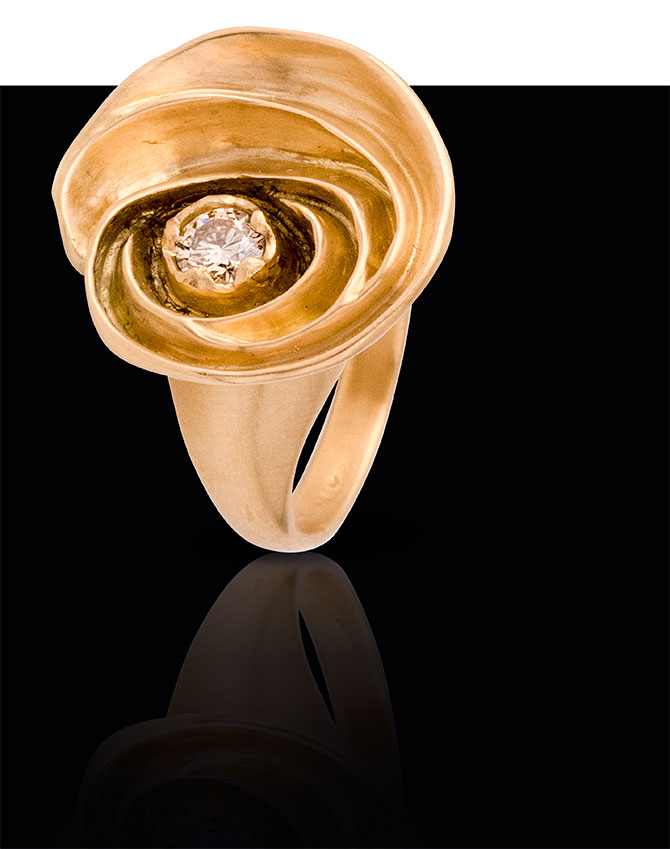 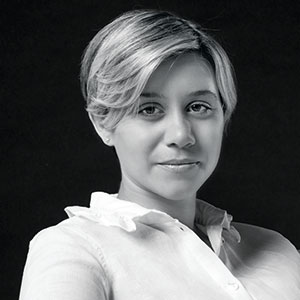 When Loren Nicole took her first metalsmithing class, she had no intention of becoming a jeweler. She was working at New York City’s Metropolitan Museum of Art as a conservator and simply wanted to better understand metal ­antiquities and how they were constructed. “I’m very hands-on,” explains the New Jersey native, who made the career switch when she realized the curators were spending their days glued to their desks. “That wasn’t my vision of archaeology and, fortunately, jewelry popped into the picture.” So Nicole bid adieu to New York—and a University of Cambridge Ph.D. program, into which she’d just been accepted—and moved to Southern California. She debuted her line in 2016.

Nicole’s love for the archaeological continues in her streamlined designs, priced from $800 to upward of $20,000, averaging in the $2,000 to $6,000 range. Her latest collection takes on a motif popular with the Greeks, the teardrop-shape beechnut, while her next offerings will highlight the Korean kingdom of Silla. “My goal is to educate people and get them excited about these cultures,” Nicole says. She works by daylight—sans electricity—and does everything by hand, even creating her own alloys and most of her tools. An exception to the latter? Her recent purchase of an ancient Roman hammer. 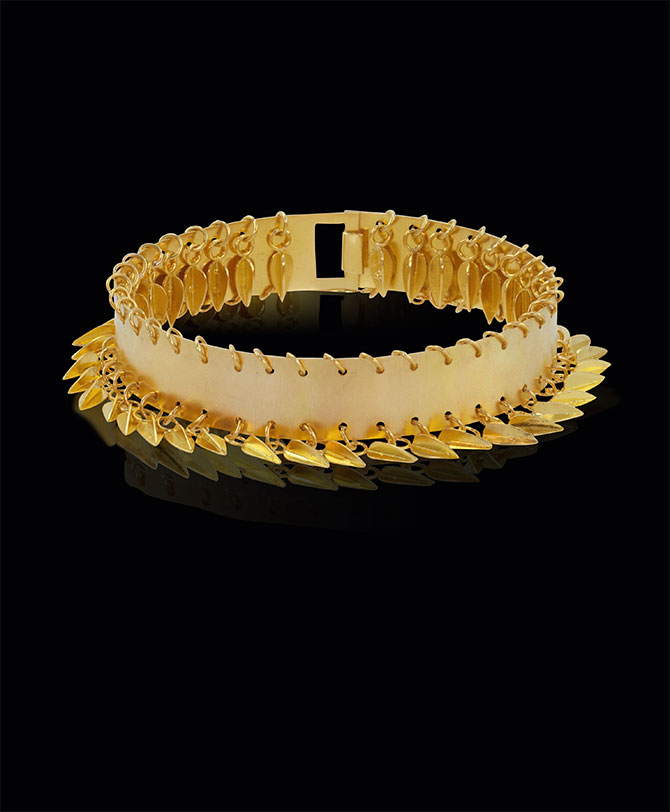 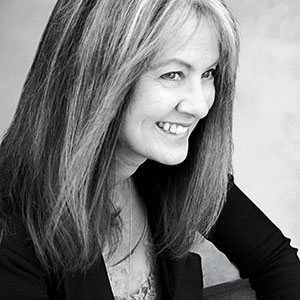 Susan Crow of East Fourth Street likes to note that she often gets mistaken for being Danish. She’s not (she’s French-Irish), but the story highlights her ­particular design sensibility, which skews thoroughly modern and minimal. “I grew up in a town that was very Scandinavian,” explains the Minnesotan, whose collection is named for her childhood address. “The whole essence of Danish design, where enough is enough, is very relaxing and comforting to me.” So her surfaces are smooth and her lines pure—from bar earrings to simple leaf rings. Retail prices run from $80 to $5,000.

Still, design is only part of the equation to success here. For Crow, sustainability and transparency are essential. She’s passionate about using Fairmined metals and has her license from the Alliance for Responsible Mining. “It just made sense to me to have as clean a supply chain as ­possible,” says Crow, a ­member of the Ethical Fashion Forum and Fair Jewelry Action. She also serves on the board of Ethical Metalsmiths, where she’s chairing the Responsible Sourcing Committee, now focusing on ethically sourced gemstones. “I strive to do total mine-to-market traceability,” she says. “I want to offer my clients a piece of jewelry that I’m proud of not only in design, but also its backstory.” 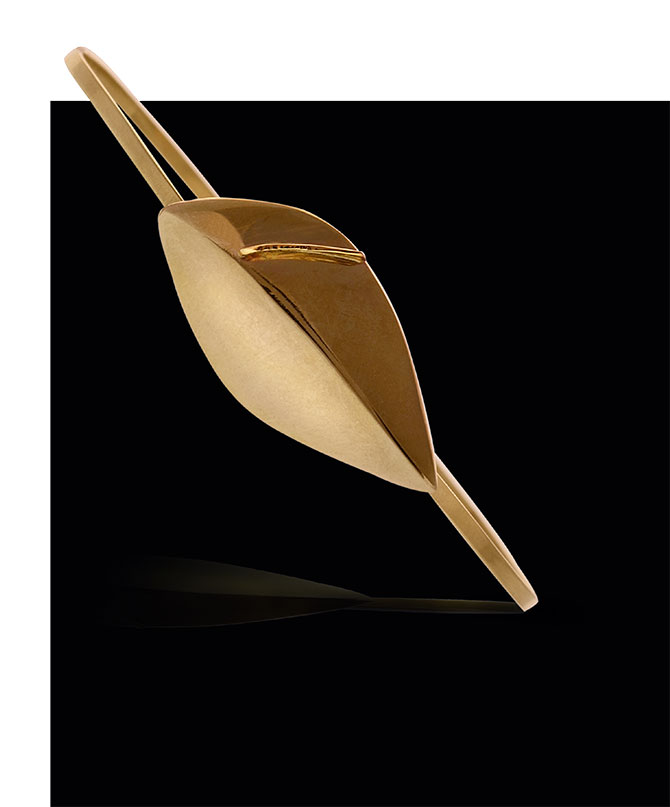 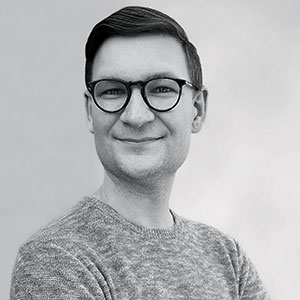 Justin Brown’s entrée into jewelry design? Believe it or not, it came courtesy of a high school gig at a medical manufacturing company. “I did a lot of laser welding,” he says. “I found I loved working with metals and discovered a jewelry program [at the University of Massachusetts–Dartmouth] where I could take that to an artistic level.” The Boston-based Brown debuted his collection in 2015 after working for jeweler Andrea Williams and serving as website and social media photographer for Quadrum Gallery (which he continues to do).

Brown anchors his handcrafted designs, priced $150 to $3,000, in a Deco sensibility—think graphic geometry, bold gemstones, and a certain Roaring ’20s glamour. But he goes one modern step further with a play between positive and negative space—also the theme of his senior thesis. So he takes, for instance, a center stone and partially edges it with gems. “A lot of jewelry features a complete halo, and what I like about Art Deco is that it terminates at a certain point,” says Brown, who uses recycled metals and diamonds. “I like a ‘broken’ halo and imagining the in-between space.” As for the pavé work throughout his collection, he considers it his Valium of sorts: “I know a lot of people find it tedious, but pavé-­setting is one of my passions. It’s how I relax.” 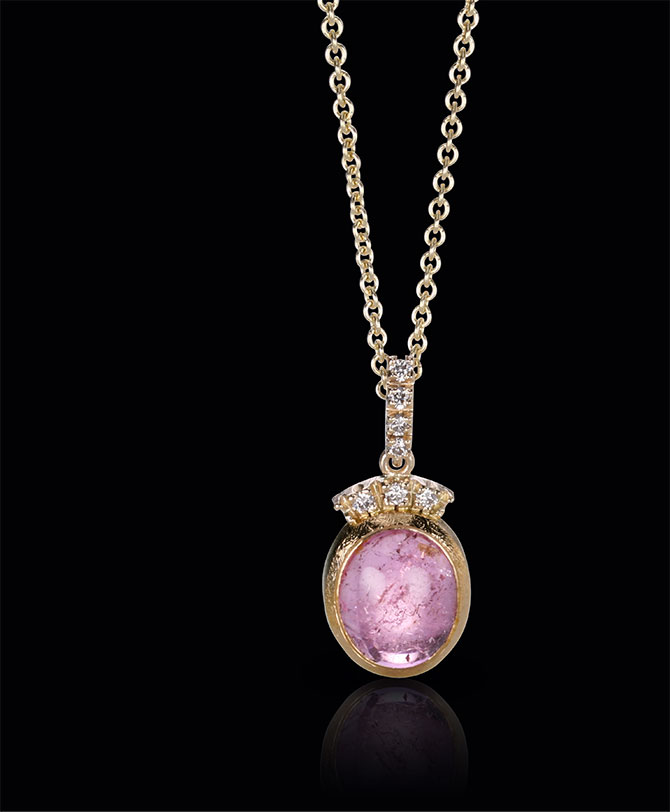