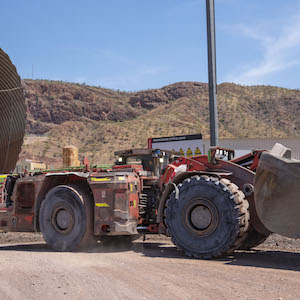 Regardless of all the history that the Argyle mine sparked—some of it no doubt unexpected when a handful of diamonds were first discovered in Western Australia in 1979—its closure may signal a new era in diamond mining.

There was a lot of conjecture in the early 2000s about how diamond supply would remain steady or dwindle, and demand would rise, leading to an unstoppable upward trajectory of diamond prices.

That didn’t pan out, for two reasons. First, demand was erratic, and subject to wild fluctuations. It didn’t help that, for about a decade, the industry didn’t do much to sustain it, but simply lived off the coattails of De Beers’ old ad campaigns.

But the other is, during the 2010s, diamond production didn’t actually dwindle. It rose—it was perhaps even helped by companies with stars in their eyes when they saw that supply-demand ratio. In 2017, diamond production jumped 26 million carats, the biggest single jump since 1986, according to Bain & Co. The beginning of 2019 saw near-record levels of diamond production, which may be why it was also a near-record year for market turmoil.

Now, not only is Argyle going off stream, but the two non–De Beers mines in Canada—Ekati and Diavik—are in serious jeopardy, given owner Dominion’s bankruptcy. And even if those mines make it through the current crisis, they are both expected to close in a few years. Petra Diamonds, which owns four mines, just received new financing, but it’s also clearly having issues. It put its mines up for sale a few months ago, and had no takers.

And, of course, there hasn’t been a major new diamond find in decades.

So, even though Argyle wasn’t producing as much as it was at its height—when it was the largest diamond producer in the world, by volume—its end may signal the long-awaited decline of diamond production. Mine owner Rio Tinto, once a formidable player in the industry, with holdings in three mines, is now only left with its 60% ownership in Diavik. It has tried to exit the industry before, ultimately opting not to, but now that seems inevitable.

None of this means that the world is in danger of “running out” of new mined diamonds in the next few years, as some in the lab-grown business would have it. There are plenty of well-stocked diamond mines out there, and they are likely to produce millions of carats through 2040 and beyond. There’s also the possibility of new diamond finds in Angola and Zimbabwe, though it takes awhile to get a real diamond producer up to speed.

But when you talk about low-end product used for fashion jewelry—the kind that Argyle specialized in—that’s an opportunity for the lab-grown sector. That market is all about the look and the price point. And lab-growns, being cheaper to produce, give you a better look for less money.

Argyle’s ending is bittersweet; beyond the obvious loss of jobs and income to the region, I was struck by how many employees talked on Facebook about how much they enjoyed their time there.

The Argyle Pink Diamonds Tender, the company’s annual showcase of ultrarare colored diamonds, not only gave the world some truly beautiful items, it always generated lots of good press. The tenders were a good story, and it’s sad their tale is coming to an end.

Speaking of a good story, I’ll leave you with this one, told to me several years ago by Rio Tinto veteran Reid Mackie about the 1.21 ct. Argyle Cardinal. It shows how the diamond business is always full of surprises:

It was during the tender’s first press event. A lot of people were there, and it was a big, exciting event. Someone was holding the stone in tweezers as a photographer tried to get a good shot of it. As diamonds sometimes do, the stone “pinged,” falling to the floor with this great gravity-defying bounce.

The shoot was taking place in this spectacular penthouse cantilevered out off the roof of the hotel with glass floors and floor-to-ceiling windows. I was called to the room, and when I saw where the stone had landed, I didn’t believe my eyes.

It had somehow fallen between the smallest of gaps where the floor met the windows and was sitting precariously on a two-inch-wide ledge about a foot down beneath the glass floor! It was less than a quarter-inch from sheer blackness. If it had fallen any further, it would have certainly been lost, down in the inner recess of the hotel or, who knows, potentially the park below.

We then faced the difficulty of trying to recover it without pushing it off the ledge. The hotel offered to tear up the floor but being so close to the edge, even the slightest vibration risked sending it over.

So we settled on a decidedly low-tech approach of some Blu Tack attached to the end of a long ruler. I first did a dry run, navigating the ruler through the gap down to a little piece of something in a similar position about a foot along [the] ledge from [the] Cardinal as a sort of test. It worked, so we went with it.

We had only one shot, and thankfully the story ended well. The stone was recovered unscathed and the tender back on track. My hands never shook so much. It must be the highest-stakes game of Operation ever played.

(Image courtesy of the Argyle diamond mine)