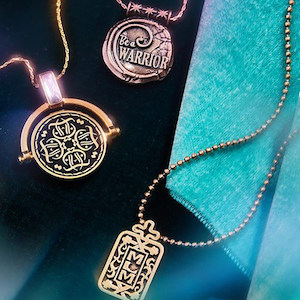 Alex and Ani has agreed to a new debt structure with its syndicate of lenders led by Bank of America, the company said in court papers filed Aug. 30.

The assertion was made in a court filing that was part of the charm brand’s ongoing legal battle with KJ Brands, its former distributor for Australia, New Zealand, and Fiji.

Alex and Ani’s income averages around $15 million a month, according to an affidavit from chief financial officer Andrea Ruda.

Last month, Lyndon Lea, a founder of Lion Capital, the private equity firm that owns 40% of the company, voiced his support for Alex and Ani in an email sent to JCK by the brand’s public relations firm.

“Alex and Ani is a once-in-a-lifetime opportunity for any private equity firm,” Lea said in the statement. “It’s a brand with roots, with story, with principle, and with pride. It’s an American-made, female-founded company—honestly and humbly born and, through hard work, a phenomenal success. It’s trend-setting in its industry, as the original ‘meaning’ company, and today it’s once again the voice that sets a new and conscious standard.”

In July, Alex and Ani sued Bank of America, claiming that the bank—the lead agent for a syndicate of seven lenders—had erroneously ruled that Alex and Ani had defaulted on a $50 million credit line. The suit blamed “greed and sexism” for the bank’s decision, noting that most of Alex and Ani’s top executives are female.

Bank of America responded that it “strongly disagree[d]” with the allegations, adding that it “continues to support credit-worthy diverse businesses around the world.”

Alex and Ani voluntarily dismissed the suit less than a month after it was filed, saying a settlement had been reached.

(Image courtesy of Alex and Ani)