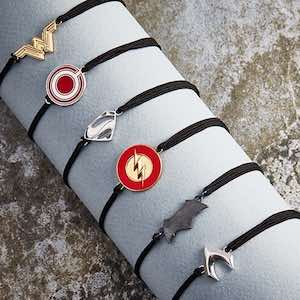 On Aug. 19, Alex and Ani dismissed its much-publicized discrimination lawsuit against Bank of America, a little less than a month after it was filed.

“[Founder and chief executive officer] Carolyn Rafaelian and the Alex and Ani leadership team are redoubling their efforts to make this iconic Made in America, woman-founded, charitable-focused, meaningful purpose–run brand more successful than ever,” says Dhillon, a partner at San Francisco–based Dhillon Law Group.

Bank of America spokesperson Bill Halldin tells JCK: “We are pleased that Alex and Ani has voluntarily withdrawn the lawsuit. Bank of America strongly disagrees with the allegations made in the lawsuit and continues to support credit-worthy diverse businesses around the world. We look forward to continuing to work with Alex and Ani and the six other banks involved in the lending group.”

He notes that Bank of America made no payment in conjunction with the withdrawal of the suit.

The dismissal, filed in Southern District of New York federal court, was done with prejudice.

The original complaint, filed on behalf of the company and Alex and Ani Shareholding Co., targeted Bank of America’s December 2018 contention that Alex and Ani had defaulted on a $50 million credit line.

Alex and Ani griped that the default was “made up and fraudulent” and blamed the bank’s actions on “greed and sexism.

“Alex and Ani…is still successful and profitable outside of Bank of America’s shenanigans,” the complaint said, asserting that the bank’s actions “have sent a once-thriving American success story into a death spiral” by “milking it for tens of millions of dollars in fees.”

The suit charged that the bank’s executives had issues with the “triumvirate of strong women” that heads the company.

Halldin told Bloomberg that the bank was the administrative agent for a group of seven banks behind the loan.

“As the complaint itself notes, the company has faced serious financial challenges for nearly two years,” he said. “The banks have worked closely with the company during this time. Bank of America’s demonstrated record of support for diverse businesses is well noted and widely recognized.”