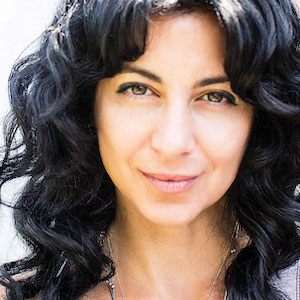 Carolyn Rafaelian (pictured), who founded Alex and Ani and has served as the charm brand’s chief executive officer for the last six years, is suing its current owner Lion Capital for allegedly failing to live up to commitments it made to her after she ceded control of the business in a 2019 restructuring.

According to an amended complaint filed on June 12 in Rhode Island federal court, after Alex and Ani landed in a lawsuit with Bank of America last July over an alleged default, then-minority owner Lion Capital negotiated a settlement. At the time, Lion Capital held 40% of Alex and Ani, having paid $360 million for it in 2014 and 2015, the complaint said.

The restructuring called for Rafaelian to hand over management of the company and for her investment vehicle, the Alex and Ani Pledge Co., to divest its controlling interest. Rafaelian agreed to the deal last August “under duress…to avoid the purported liquidation of her company and the loss of hundreds of jobs in Rhode Island,” the suit said.

Rafaelian’s employment with the company was terminated in May 2020, and she was replaced as CEO by Robert Trabucco, the former chief financial officer of Signet Jewelers, the filing said. Trabucco was formerly Alex and Ani’s chief restructuring officer.

The current dispute centers on a purported $7 million loan that Rafaelian made to Alex and Ani as part of the restructuring. According to the complaint, Lion Capital agreed to cover $5 million of that via a promissory note—which Rafaelian agreed to pay back within nine months. Lion also pledged that Alex and Ani would provide Rafaelian $1 million a year to help her launch two new businesses, the complaint said.

“[The $1 million a year was] critical for Ms. Rafaelian to continue with her next generation of designs and commitment to Rhode Island manufacturing and job creation,” the complaint said.

The filing alleged the promised $1 million never came, as Rafaelian was told her former company didn’t have the money. She was also told she was in default on the loan, which she has denied.

The suit charges fraud, breach of contract, several other charges, and seeks to enjoin Lion Capital from foreclosing on the loan collateral.

Neither Alex and Ani nor Lion Capital responded to requests for comment at the time of publication.

Rafaelian’s attorney declined comment. Earlier this month, Rafaelian sent in a statement to the Providence Journal, which first broke news of the suit: “My heart still belongs to Alex and Ani, but I have faith that Scott Burger, Chairman of the Board, with extensive experience in the jewelry industry, along with Lion Capital, will maintain the integrity of this brand and fully support the future of Alex and Ani. I remain a committed member of the board and [will] watch as the brand continues to inspire many more people through meaningful product and partnerships. I look forward to announcing my next project in the near future.”

(Photo courtesy of Alex and Ani)